he men's and women's table tennis teams, the star-studded badminton line-up and the women's hockey team won their respective first-round matches as did boxer Shiv Thapa as India made a good start at the Commonwealth Games here on Friday.

Birmingham: The men’s and women’s table tennis teams, the star-studded badminton line-up and the women’s hockey team won their respective first-round matches as did boxer Shiv Thapa as India made a good start at the Commonwealth Games here on Friday. There was some more success for the country as backstroke swimmer Srihari Nataraj qualified for the semifinals in 100m while his two other teammates Kushagra Rawat and Sajan Prakash failed to advance in their respective freestyle events.

The country will be hoping for its first medals of the 2022 Games when the weightlifters led by the impressive Olympic silver medallist Mirabai Chanu climb onto the rostrum for some heavy lifting.

Manika won her singles match in straight games against Musfiquh Kalam after Reeth Tennison and Sreeja Akula had set the ball rolling by winning the opening doubles match. Sreeja Akula overcame Danisha Patel for a comprehensive 3-0 win for the favourites.

In the men’s team competition, Sharath Kamal and G Sathiyan did not have to break a sweat as India overcame Barbados 2-0 in a preliminary group league match.

The make-shift pair of Sathiyan and Harmeet outgunned Kevin Farley and Tyrese Knight 11-9., 11-9, and 11-4 in straight games. Though the first two games looked close, the Indians were never in danger of losing a game though their opponents put up a good fight.

Sathiyan then sealed victory for India by beating Tyrese Knight 3-0 (11-4, 11-4, 11-5) to seal the comfortable victory for the defending champions.

Things were as easy for the Indian badminton squad in the mixed team competition as they sent in heavyweights, two-time Olympic medallist PV. Sindhu and world championships silver medallist Kidambi Srikanth besides the ace doubles pair of Satwiksairaj Rankireddy and Chirag Shetty as India whitewashed minnows Pakistan 5-0 in their opening match in their preliminary round pool.

The mixed doubles pair of B Sumeeth Reddy and Ashwini Ponappa set the ball rolling for India as it defeated Mohammad Irfan Saeed Bhatti and Ghazala Siddique of Pakistan 21-8, 21-12 in straight games.

Srikanth then stepped into the court at the NEC Hall No 5 to get the better of Murad Ali, playing in his second successive Commonwealth Games, a 21-7, 21-12 defeat. World No 7 P.V Sindhu then sealed victory for India as she defeated Mahoor Shahzad 21-7, 216 in double quick time.

With India taking an unassailable 3-0 in the tie, world No. 8 men’s doubles pair of Satwiksairaj Rankireddy-Chirag Shetty and the women’s pair of Treesa Jolly-Gayatri Gopichand also registered convincing victories to help India take maximum points from the tie, whitewash their opponents.

In cricket, Indian women’s team made losing start against Australia in the first match of CWG 2022. Australia defeated India by three wickets in first Group A match of women’s T20 event in 2022 Commonwealth Games at Edgbaston.

After skipper Harmanpreet Kaur slammed 52 off 34 balls and opener Shafali Verma chipped in with a 33-ball 48, India made 154/8 in 20 overs. Renuka’s magnificent opening burst took out Australia’s top four and with Deepti Sharma (2-26) taking out Rachael Haynes, Australia were in deep trouble at 49-5. But Ashleigh Gardner stitched stands of 51 with Grace Harris (37 off 20 balls) and 47 with Alana King (18 not out) to be unbeaten for a 35-ball 52, to take Australia to a cracking victory on cricket’s comeback in the multi-sport event.

The women’s hockey team too won its match against minnows Ghana, it missed a number of chances and could only manage a 5-0 win against a Ghana team that defended deep and with all players behind the ball.

The Indian team, seeking to redeem itself following a below-par performance in the FIH Women’s World Cup in Netherlands and Spain earlier this month, made a tentative start, scoring a goal each in the first two quarters before slamming two goals in the third and finally wrapping things up with a goal in the fourth quarter.

Gurjit Kaur opened the scoring for India in the third minute when she slammed home a drag flick off a penalty corner to make ti 1-0 for India. Forward Neha made it 2-0 with a field goal in the 28th minute; Sangita Kumari made it 3-0 in the 36th minute before Gurjit converted a penalty stroke to make it 4-0 for India. Youngster Salima Tete scored the fifth goal for India four minutes from the final hooter.

The experienced and explosive Shiva Thapa set the ball rolling for Indian boxers with a dominant 5-0 unanimous points win against Pakistan’s Suleman Baloch in the men’s light welterweight division (60kg -63.5 kg) to make it to the pre-quarterfinals here.

Playing from the Red corner, Shiva, the lone Indian boxer on display on the opening day of the competition, started strongly and did not give his opponents any chance as he won a unanimous decision for a win on points.

Nataraj gave a good account of himself as qualified fifth in the men’s 100m backstroke with a time of 54.68 seconds. Taking part in heat three, Nataraj finished third and qualified fifth overall among 35 swimmers that took part in the competition.

In men’s 50m freestyle, Sajan Prakash could not advance as he finished 24th with a time of 25.01.

There was disappointment in store for Kushagra Rawat too as he finished eighth in heat 3 and was placed 14th overall in 3:57.45 as 10 swimmers advanced to the next round. 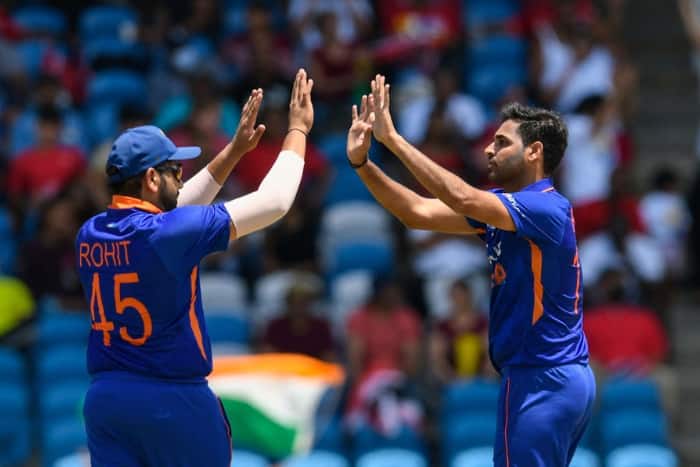