Kalpana, who made her ODI debut at home against New Zealand in 2015, will be the second wicketkeeper in the squad apart from Taniya Bhatia.

Wicketkeeper Ravi Kalpana made a comeback to the Indian women‘s cricket team following a long hiatus after she was included in the 15-member squad, led by skipper Mithali Raj, for the upcoming three-match ODI series against England starting on February 22 in Mumbai.

Kalpana, who last played for India three years ago in a home ODI against Sri Lanka, replaced batting all-rounder D Hemalatha in the squad that had won the ODI series 2-1 in New Zealand.

Kalpana, who made her ODI debut at home against New Zealand in 2015, will be the second wicketkeeper in the squad apart from Taniya Bhatia. (ALSO READ: Mithali Raj to lead India women against England, Smriti Mandhana named BPXI skipper for a warm-up)

“The three ODIs are a part of the ongoing ICC Women’s Championship and will be played at the Wankhede Stadium in Mumbai.” (ALSO READ: Wankhede to host England women for three ODIs against India women)

The Indian board also announced the President’s XI squad that will play a warm-up game ahead of the series on February 18.

“The selectors have also picked the Board President’s XI squad that will play a one-day warm-up game prior to the ODI series in Mumbai on 18th February,” the BCCI said. India vs New Zealand 2019, 3rd T20I, LIVE streaming: Teams, time in IST and where to watch on TV and online in India 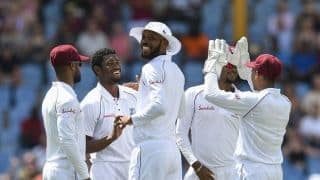