Steyn said his Port Elizabeth performance was not a patch on Johnson's in Centurion.

South African pace star Dale Steyn has admitted that his Australian counterpart Mitchell Johnson‘s brutalizing the hosts in the first Test at Centurion Park motivated him to do the same to the visitors in the second Test.

Johnson snared career-best figures in the opening clash of the three-Test series, making the most of a bouncy Centurion pitch to also hit the hosts’ helmets, hands and forearms, compared to which world’s top Test bowler Steyn failed to keep up.

According to News.com.au, Steyn admitted that he was nowhere near as effective as Johnson at Centurion, adding that the pacer showed how devastating a fast bowler in a purple patch can be.

The report mentioned that Steyn finished Australia off in scintillating fashion, taking 3-4 in 15 balls in a brilliant exhibition of reverse swing, and the bowler said that he was motivated by Johnson’s attack in the first Test although the Port Elizabeth pitch made the bowling a lot slower.

Steyn had a relatively subdued start to the match, saying that much of South Africa’s dominance in their series-levelling victory should be credited to Morne Morkel for ”basically taking people”s heads off” in the first innings. 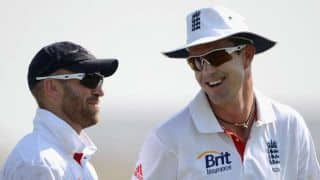 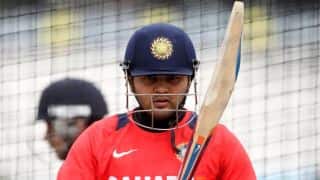 Venugopal Rao steers Gujarat to victory against Mumbai by 4 wickets