Steyn also felt that with the Indian attack likely to miss Jasprit Bumrah and Bhuvneshwar Kumar, things will not be easy for them.

In spite of terming the Indian team led by Virat Kohli as capable of pulling off anything, veteran South Africa paceman Dale Steyn backed hosts England to come out victors in the upcoming five-Test series because of their slightly superior seam bowling attack. “Led by Virat this Indian team is capable of anything. I know Virat pretty well; he’s quite a determined character.”

Five Test matches is going to be good for one team and if one team gets on a roll the other team will be blown away,” said Steyn here today. “(But) if I know Virat it’s going to be a hard fought Test series. The England bowlers are a little bit more skilled and that’s where the difference will be; that will be the tipping point,” the 35-year-old fast bowler told reporters at a promotional event for ‘GoPro’ here today.

He also felt that with the Indian attack likely to miss Jasprit Bumrah (for the first Test) and Bhuvneshwar Kumar (for at least the first three), things will not be easy for them. “India do rely heavily on their spinners and they do a great job in one-day cricket. At the moment the wickets are pretty flat (in England) and there hasnt been a lot of turn, especially in the four-dayers in county cricket. So theyre going to rely on their fast bowlers. And if they dont have them, then theyre in trouble,” said Steyn.

“I don’t like any predictions. The advantage probably lies with England, obviously being at home and with such a long tour (in offing). It tends to become very long. They (India) have been there for ODIs and are a very good touring team now. (But) if I put my money, I will probably put it on England. But it (contest) is going to be tight,” he added.

Steyn, who drew level with Shaun Pollock as the highest wicket taker in Tests (421) for South Africa during the first Test of the recent two-match series in Sri Lanka, also expected a high-scoring rubber. “I think it’s (weather in England) massively dry. It’s going to be a lot of runs. But they are conditions that England are used to. Home series generally goes away with home sides,” he pointed out.

Steyn also felt that England will rely on their main bowlers James Anderson and Stuart Broad for wickets and if the conditions suit them in swinging the ball, India could be in trouble, but if the opposite is the case the home team will struggle to take out the strong visitors’ line-up.

“If ball swings they are going to play a massive role but if it doesn’t swing then how are they going to get someone like Kohli or Shikhar (Dhawan), who opens the batting, and K L Rahul (out)? They treated themselves in South Africa, which I consider is the hardest place to play cricket. They came to South Africa and just got better. It could be true in England too.

“It’s going to be a high scoring series but England’s bowlers are probably just a little bit better than the Indians and that will be the difference,” he explained. On Cheteshwar Pujara’s poor run, Steyn said that if the pitches are flat England will find it difficult to dismiss th Saurashtra batsman.

“One thing I know about Pujara is that he likes to bat for long hours. If the wickets are flat in England, India are going to have that source on whom they can rely on. He can bat long for them and it will be tough for England to get him out.” 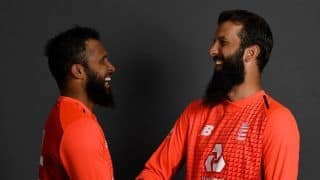 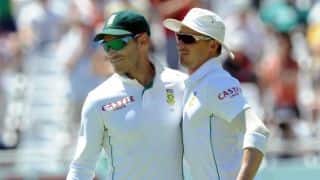