Steyn could be the most disastrous waters one could ever been in with a cricket ball.

Sydney: South Africa pace spearhead Dale Steyn, who is renowned as an aggressive paceman in world cricket, claims to be a calmer person off the field and has shared his tips to maintain a successful relationship. READ: Dale Steyn didn’t mind being sidelined by Trent Boult in IPL 2015

The world number one Test bowler said it is important that if a person is in a relationship with someone they shouldn’t be on the same road as either of the two is eventually going to sacrifice their life for somebody else, News.com.au reported. READ: Trent Boult is ahead of Dale Steyn at present, feels David Warner

Describing himself as an ocean, Steyn said that although he is calm and quiet like easy-sailing ocean off the field, he could be the most disastrous waters one could ever been in with a cricket ball. READ: Dale Steyn: Big fan of Umesh Yadav 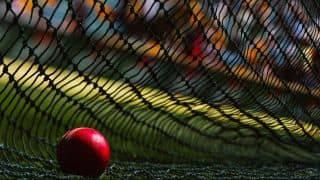