The South Africa champion had his revenge and the last laugh by dismissing the tail ender and leaving his captain, Kane Williamson, left to hit out four balls later for 77.

South Africa‘s veteran pacer Dale Steyn has questioned New Zealand‘s fast bowler Neil Wagner’s courage in a fiery battle on Day Three in Centurion. With his team in crisis at 169 for 8 and trailing the hosts by 312 in the first innings, Wagner took the long handle, spanking a quick fire 31 runs from 30 balls, including 18 off one Steyn over. The South Africa champion had his revenge and the last laugh by dismissing the tail ender and leaving his captain, Kane Williamson, left to hit out four balls later for 77. Steyn shared his disapproval of Wagner’s tactics during the batsman’s innings with a few choice words after play to the media. FULL CRICKET SCORECARD: South Africa vs New Zealand, 2nd Test at Centurion

Steyn stated, “If he wanted to be more courageous and brave he would have been 30 off 90 and watched his captain get to 100 rather than score 31 and walk off the pitch and saying ‘I’ve done my job’. That’s not your job. He does take it on, he does play the shots. He’s a brave cricketer, he gives it all, he’s an all-heart kind of cricket player. If you ask me I would have tried to hang out there and even score 10 of 50 balls and see Kane through to 100, rather than walk off with 30 and think I’ve done my job. But in saying that he’s done well, he’s played well.”

While Steyn did not approve of Wagner’s decision to hit out, New Zealand teammate Doug Bracewell had no problem with the aggressive strategy. He said, “He (Wagner) put them under a little bit of pressure. He had a handy little knock there towards the end and we were happy with that. I think things got a little bit heated and a few words were said, which is always going to happen”, he said in conclusion. 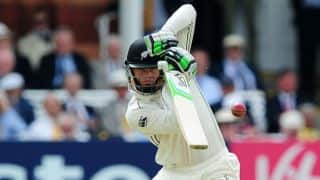 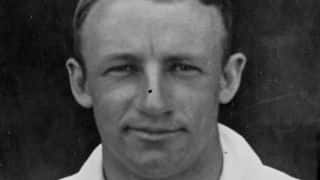