Steyn said that it is an honour to be in this team and playing alongside Amla and others.

South Africa fast bowler Dale Steyn has rated his performance in the Galle Test against Sri Lanka among his best and has said that former fast bowling great Allan Donald‘s videos inspired him ahead of the series-opener.

Steyn, who guided South Africa to a 153-run victory over Sri Lanka in the two-Test series on Sunday giving figures of 9-99, said that he has played in some pretty tough conditions before, but this is right up there, Sport24 reported.

Steyn, who won the man of the match award, said that it is not the fastest wicket in the world, but if one can get pace through the air with a bit of aggression and land the ball in the right areas then one always stands a chance of taking a wicket.

Steyn, whose figures were the best by an overseas fast bowler at Galle that is renowned for helping the spinners, said that he honestly does not even know who is on the list. He said that he is just happy to be there wearing the shirt and cap which he was awarded 10 years ago.

Steyn said that it is an honour to be in this team and playing alongside guys like AB de Villiers and Hashim Amla. He added that he does not even know how many Test wickets he has and that he just enjoys running, bowling quickly and trying to knock over batsmen.

Steyn also said that he actually watched a couple of Donald’s videos before he bowled in the Test against Sri Lanka, adding that the legend is always telling them how good they are and what legends they are.

Steyn said that for Donald to say those things to youngsters like them, he really appreciates that, adding that the wickets are for the whole country but he would like to say thank you to him. 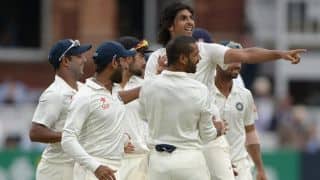 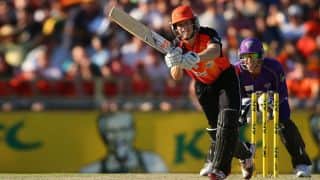