Dale Steyn is eyeing a 10-match South Africa tour of England begins on May 24, 2017 to make a comeback into international cricket.

Johannesburg: South Africa cricket star Dale Steyn will target a tour of England starting next May for an international comeback after breaking a shoulder bone in Australia this month. The 33-year-old fast bowler is sure to miss a visit by Sri Lanka from late December and a tour to New Zealand beginning in mid-February. “Dale will be sidelined for at least six months before attempting to bowl again,” national team manager Mohammed Moosajee said Sunday. “We are positive that he will make a successful return to international cricket.” LIVE CRICKET SCORECARD: Australia vs South Africa, 2nd Test at Hobart

A 10-match South Africa tour of England begins on May 24 with a one-day international (ODI) at Headingley in Leeds. The Proteas are scheduled to play three ODIs, three Twenty20 internationals and four Tests during a tour that stretches into August. Steyn needs five Test wickets to reach 422 and replace retired former skipper Shaun Pollock as the leading South African wicket-taker in the longest format of the game. The injury-prone bowler had an operation in Cape Town this week to repair the injury that occurred during a 177-run first Test triumph over Australia in Perth.

Injury-prone Steyn, who has taken 417 wickets in 85 Tests, had earlier got his shoulder injured while surfing last December and eventually missed the opportunity to represent his country in most matches against England. Steyn, who notched up a total of 417 wickets at an average of 22.30 since making his Test debut in 2004, needs just five more wickets to overtake Shaun Pollock (421) as South Africa s most successful Test bowler. 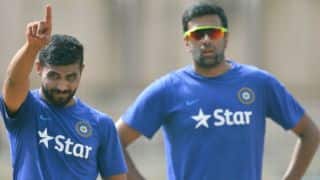