Steyn was considered as a potential player to step into the void left by Kagiso Rabada, who was handed a two-Test suspension.

Johannesburg: In a major blow to South Africa, fast bowler Dale Steyn‘s much-sought return is delayed once again as he has been ruled out of the third Test of the four-match series against Australia after failing to recover fully from a heel injury. After star speedster Kagiso Rabada was handed a two-Test suspension for breaching International Cricket Council (ICC) Code of Conduct, Steyn was considered as a potential player to step into the void left by the 22-year-old sensation. However, it has now been confirmed that Steyn would only be considered for selection for the fourth Test at the Wanderers in Johannesburg on March 30 as he continues to recover from a heel injury.

Meanwhile, South Africa skipper was not fully aware of Steyn’s situation, but he hopes to see the pacer fit in time for the fourth Test.”Our plan for him was to play a game. But I would be praying extra hard that he would be ready for that third Test to make sure we can have him available if he [is fit]. On the spot now, I would assume probably on the fourth Test,” ESPNcricinfo quoted du Plessis, as saying.

Earlier, Steyn made a Test return during a second match against India in Centurion after being ruled out for 14 months with a shoulder injury. He bowled just 17.3 overs before leaving the field with a heel injury. Though Steyn was due to play for the Titans in the first-class competition this week to test his fitness, he eventually pulled out of the fixture.

He is now targeting the final round of franchise matches, beginning March 22, the same day as the third Test against Australia with the aim to be fit in time for the fourth and final match in Johannesburg. 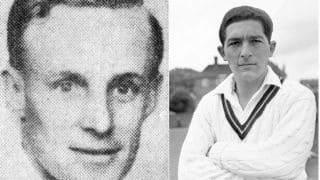