South Australia all-rounder Daniel Christian, who played for the Deccan Chargers in the Indian Premier League, has been suspended by South Australia from their upcoming fixture against Victoria in the Sheffield Shield match, for damaging dressing room. 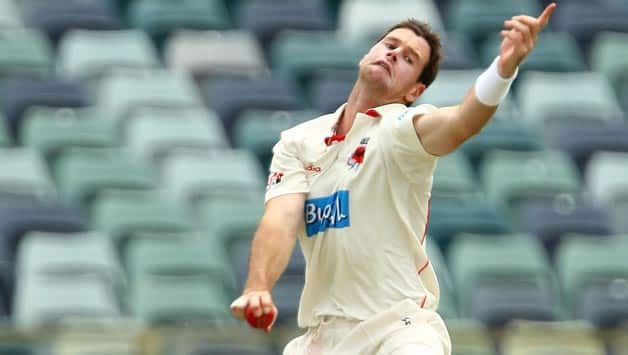 South Australia all-rounder Daniel Christian, who played for the Deccan Chargers in the Indian Premier League, has been suspended by South Australia from their upcoming fixture against Victoria in the Sheffield Shield match, for damaging dressing room.

The Herald Sun reported that Jamie Cox, the Director of Cricket of South Australia Cricket Association confirmed the ban imposed on Christian on Tuesday leaving Christian on the sidelines for the game between the Redbacks and the Bushrangers at the MCG.

Cox said Christian’s outbursts, following batting dismissals, were in conflict with “the values and standards required” at the Redbacks.

“While playing against the Tasmanian Tigers at Adelaide Oval, Daniel was given a verbal warning for damaging the change rooms after he was dismissed,” Cox said.

“This ill-disciplined behaviour post-dismissal occurred again in Hobart, where the Blundstone Arena change rooms were also damaged, and at that time Daniel was given a written warning and was fined his match fee. On both occasions he has apologized and paid for the cost of repairs.

“Disappointingly, despite these two prior warnings, a similar incident occurred after a dismissal in Perth for a third consecutive time.

“Whilst in isolation none of these incidents are hanging offences, the cumulative effect has seen this action as necessary. Everyone experiences pressure and disappointment at work, but that’s not an excuse for bad-tempered behaviour that includes damaging property.”

Cox also added that the ban would only affect the four-day game against the Bushrangers.

“Daniel has an obligation to himself, his teammates and to cricket to uphold the values and standards of our team and the game,” Cox said.

“First-class cricket is an emotional game, however everyone experiences pressure at work. Daniel’s repeated inability to curb his behaviour after he is dismissed leads us to believe that some time away from state cricket will be of benefit to him.

“He will train with the Emerging Redbacks squad and is contractually available for grade cricket this weekend.”