Veteran New Zealand spinner Daniel Vettori has set short goals for himself, focusing on the ongoing series against Sri Lanka which will be followed by Pakistan, and insists on keeping World Cup discussions at bay.

New Zealand, co-hosts along with Australia for the Feb 14-March 29 World Cup, play seven One-Day Internationals (ODI) against Sri Lanka and two against Pakistan prior to the mega event.

“The focus is around the build-up to the Cup but they are still one-day internationals and still really important games,” Vettori was quoted as saying by the New Zealand Herald Sunday.

“The standard has been set for some time. I know the World Cup is a big talking point for everyone, but it’s about this game (today). Everyone is starting to slowly talk about the New Zealand team and, if we can have a winning and dominant series, that will only bode well.”

New Zealand have been in form, winning 3-2 against Pakistan in a ODI series at the United Arab Emirates (UAE) followed by a 2-0 test series win against Sri Lanka. Vettori noted it was a good sign for the Cup.

“Rather than stumbling into the World Cup like we probably have in the past, we go in with all bases covered and everyone firing,” he remarked.

The left-arm spinner, who has been crippled by injury in the latter stages of his international career, said he’s in good shape.

“I am where I want to be in terms of fitness but I know that’s a slippery slope. I’ve just got to make sure I can maintain it through a season.” 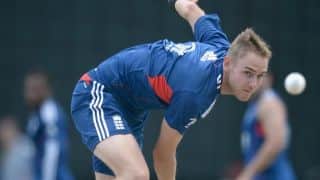 Kevin Pietersen issue could have been handled in other way, believes Stuart Broad