Premier New Zealand spin bowler Daniel Vettori has reportedly reiterated his desire to push for a World Cup swansong in a year’s time after a positive meeting with national coach Mike Hesson and captain Brendon McCullum in Auckland Vettori got through seven Big Bash League (BBL) games on painkillers, taking seven wickets at a tidy average of 25 and economy rate of 6.25, but was barely able to walk at the end, thereby ruling him out of next month’s ICC World T20 2014.

According to Stuff.co.nz, Vettori, who has not bowled since returning from Australia’s Twenty20 (T20) Big Bash last month, said that he would have one last crack to prove his fitness for the West Indies tour from May to July, adding that he would rest up and try to get ready for the ICC World Cup 2015.

Vettori however, said that he is worried about the fact that he has not bowled for a couple of weeks, adding that he does not want to sit back in February with no cricket for a little while and just give away his game.

Stating that they are very keen for Vettori to be still be available for the team, coach Hesson said that they are going to have to be very rigorous in terms of what they see from him and whether they are going to select him for the West Indies tour. Vettori is off to the Indian Premier League (IPL) auction next week, having become coach of Royal Challengers Bangalore (RCB) and will test out his back after that, the report added. 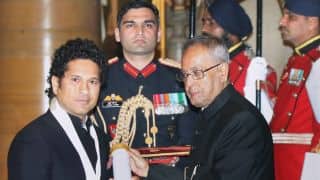 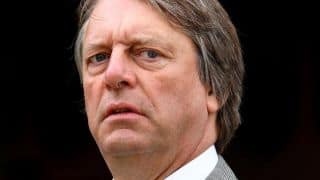