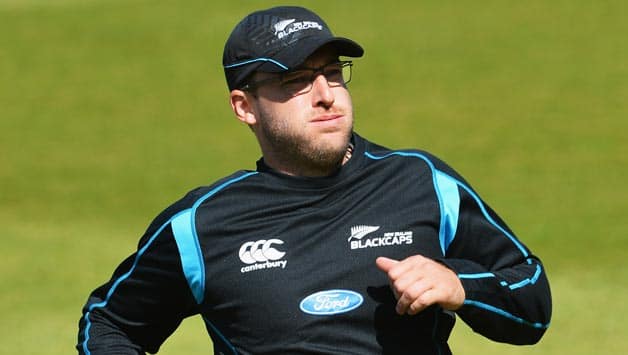 Vettori is expected to continue for the rest of the Champions Trophy after he made a memorable comeback for his first one-day international in 27 months, as New Zealand scraped home by one wicket in a low-scoring thriller in Cardiff, Stuff.co.nz reports.

Bringing out the full extent of Vettori’s cricketing agony, Mills said it was one of the more courageous performances he had seen from the 34-year-old spinner, who was playing in his 273rd ODI, adding that he had forged ahead despite the extensive pain for which he had 50 millilitres of saline injected into him.

Mills, a friend and business partner of Vettori’s, further said that by just watching him bowl, one could say that Vettori is a class above other players, adding that it is crucial to have Vettori in the line-up for his leadership experience, his ability to take wickets, his composure in the middle of the innings and his spin form.

According to Mills, Vettori may be required again to partner Nathan McCullum and part-time spinner Kane Williamson in the Edgbaston clash with Australia if the pitch turns out to be a slow and a used one, combined with Australia’s recent struggles against spin in India, although the report added that the fact will depend on Vettori’s comfort levels.

Joking that Vettori looked okay getting his toast and cereal at breakfast, Mills said that the veteran spinner has been finding it a strain while playing which is evident from his limp and gingerly running, adding that Vettori’s body is tired since he has been playing since he was 17, along with struggling with his injury.

However, Mills expected Vettori to rise again to the occasion for the next four games for New Zealand, given his toughness and hardness.

Vettori defied an Achilles tendon problem that stretches back to his most-recent Test appearance last July. Saline injections act as a painkiller and Vettori has had them before in a bid to recover, the report added.

Is the BCCI's 12-point 'Operation Clean Up' for the IPL good enough?