Wellington: Daniel Vettori, who played his 280th One-Day International (ODI) on Sunday against Sri Lanka to become New Zealand’s most capped player, Monday said he was feeling confident and fit ahead of the ICC Cricket World Cup that bowls off in Australia and New Zealand Feb 14.

Fittingly, Vettori earned his first ODI cap against the same opposition in 1997, with figures of none for 21 from his two overs.

Since then he has earned a reputation as one of classiest, wiliest ODI bowlers around, as a career economy rate of 4.11 testifies.

His game also developed into a long-serving captain and batsman who has saved his side many a time, joining the exclusive 200 wicket and 2,000 ODI runs club in the process.

“To play for such a long period of time and to put those milestones together (Dan recently became New Zealand’s most-capped Test player also) is pleasing, particularly as a spin bowler in New Zealand, where conditions aren’t always conducive to bowling spin because of the grounds and the nature of the wickets, so to be able to hold the record for Test matches and one-dayers is very pleasing,” said Vettori.

After being ever present in the side for well over a decade, the wear and tear of professional cricket meant that from 2013 Vettori declined a contract in an effort to get his body right with a view to playing the World Cup 2015.

“I think the main concern for me and everyone was being able to get through the games of cricket, and it’s been nearly four months of nearly non-stop cricket, I’ve played a lot of games and bowled a lot of overs and I’m feeling pretty good, the body’s feeling good, there haven’t been any niggles, and with still a fair amount of cricket to go including the World Cup, I’m fairly confident I’ll get through it.” 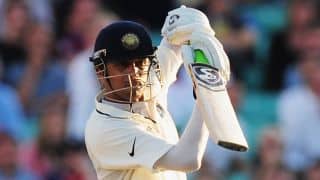