Darren Lehmann insisted it was still possible for Australia to win the Ashes despite the upheaval that led to his appointment as the new head coach of the national side. 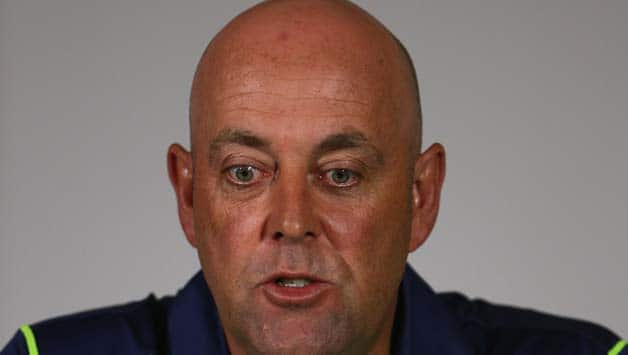 Darren Lehmann insisted it was still possible for Australia to win the Ashes despite the upheaval that led to his appointment as the new head coach of the national side.

Lehmann was brought in after South African Mickey Arthur, the first non-Australian to coach the team, was sensationally sacked 16 days before the first Test in Nottingham after several high-profile on-and off-field embarrassments for the team.

These included ‘homework gate‘, where four players were dropped from the team during Australia’s 4-0 Test series loss in India this year and, more recently, the suspension of opening batsman David Warner until the first Ashes Test for a Birmingham bar-room attack on England’s Joe Root following the Aussies’ loss to their old foes in the Champions Trophy.

Even prior to these incidents many pundits made England, bidding for a third straight Test series win over Australia, favourites for the Ashes.

But despite everything that has happened in recent weeks, Lehmann — who took charge with immediate effect ahead of the tour match against Somerset — was in bullish mood when asked if Australia could still regain the Ashes.

“Yes definitely. It is a challenge for all the playing group and everyone involved with Cricket Australia.

“We are going to play an aggressive brand of cricket that entertains people and fans and gets the job done on and off the field.

“I am excited by the challenge.”

Lehmann said he was keen to join forces with Australia captain and star batsman Michael Clarke, currently sidelined by a back injury.

“I am looking forward to working with Michael closely,” said Lehmann.

“As a cricketer and a coach he has an outstanding record,” said Sutherland. “His performances recently as coach of Queensland and the Brisbane Heat have seen him win titles in all three formats of the game.”

Meanwhile former England captain Michael Vaughan, who played alongside Lehmann at Yorkshire, tweeted: “For the 1st time in Months I am worried about Australia… If Darren Lehmann is the coach he will get them right.”

That led Clarke, appearing with Lehmann at a Bristol news conference on Monday, to joke: “Has someone hacked his account?

“Surely he did not say anything positive. Playing for Australia is enough to galvanise the team. When you get that Baggy Green cap in your hand that is enough. We don’t need anything else.”

Meanwhile Lehmann, asked if he was an ‘old-school’ coach, said: “It’s important to talk about the game whether it’s with a beer or a Diet Coke, I don’t care.”

Australia leg-spin great Shane Warne, now working as a television commentator, has been suggested as someone Lehmann could bring on board.

“You don’t have a guy take 700 Test wickets and not use him if he is around the place. If he is around, and I know he is commentating with Sky all the time, then we will certainly use him.”

But Lehmann knows his tenure won’t be defined by the people he consults but by Australia’s results on the field.

“If Michael gets some runs I will be ok. But if we don’t win I will go.

“That is what happens in professional sport. You are the head coach. You have to get results. If you don’t, you see what happens,” Lehmann said.