Usman Khawaja will take his axing from the Test squad in his stride and move on as he is determined to work his way back to the national side, young batsman's state coach Darren Lehmann has said. 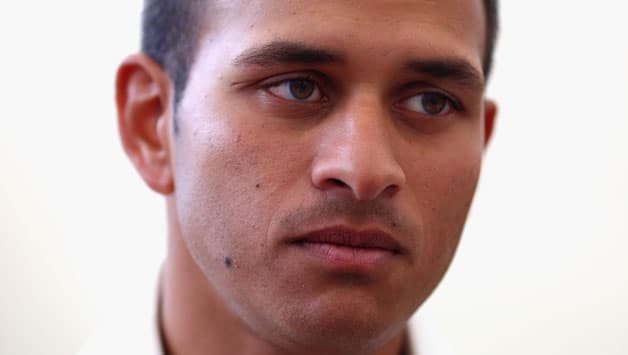 Usman Khawaja will take his axing from the Test squad in his stride and move on as he is determined to work his way back to the national side, young batsman’s state coach Darren Lehmann has said.

After being on the sidelines in the first two Tests, Khawaja was expected to play the crucial third Test as Australia strive to make a comeback in the series.

However, he was sacked along with three others when they failed to comply with a Coach order.

“(It’s) disappointing for Uz. I texted him last night just to make sure he’s ok. He’s disappointed but he’s going to get on with it and train hard and try and get back in the side,” Lehmann, who coaches Queensland Bulls where Khawaja plays, said.

“(It’s) disappointing for Australian cricket as a whole. At the end of the day, we need to be pulling in the right direction and getting back in the Test series. It’s not an ideal scenario for anyone involved,” Lehmann said.

Lehmann said it would not be prudent on his part if he comments on the issue without knowing the full story but it looks like an over-reaction.

“I’m not privy to what’s happened behind the scenes, so it’s pretty hard to comment from afar. Would I have handled things differently? Maybe I would. But the coach and the captain have made the decision.

“I think it’s an over-reaction to a certain extent. (The Bulls are) a bit old school. That’s just the way we do it. But everyone has their methods. There’s no right or wrong method,” he said.

Lehmann also urged Shane Watson to not take any hasty decision in the wake of his sacking. Watson had said that he was reconsidering his Test future.

“I think he should reconsider that. He’s a world class player. We need him playing. I think everyone in Australia knows that. We need a fit and healthy and firing Shane Watson in our side,” Lehmann said.