Australia have confirmed that they would be going ahead with an unchanged squad for the upcoming second Test vs South Africa in Hobart from November 12.

Australia have confirmed that they would be going ahead with an unchanged squad for the upcoming second Test vs South Africa at the Bellerive Oval in Hobart from November 12, despite the poor performance by the players in the ongoing first of the three-Test series at the Western Australia Cricket Association (WACA) Stadium in Perth. Australian head coach Darren Lehmann confirmed the unchanged squad on Sunday. Australia had earlier made the same decision during the three-Test series vs Sri Lanka in the sub-continent, where they were whitewashed 0-3, while they made the only change in the form of Jon Holland, who came in for Steve O’Keefe as an injury replacement. FULL CRICKET SCORECARD: Australia vs South Africa, 2nd Test at Hobart

“We spoke about that, probably not playing their natural games at times, especially to the left-arm spinner getting the field back. So we probably were a bit too timid at times and not looking to score and rotate the strike. Having said that they did bowl well, and we didn’t counter it well enough,” Lehamnn was quoted saying by ABC Radio. AUS vs SA, 1st Test, Day 4 Lunch Report: Proteas strengthen lead over 500

“They do all the prep, they’re great young men, they’re trying to do as well as they can for Australia each and every time, it’s just a case of little mental lapses at times. Collectively we’re always pretty positive, but stats will show we haven’t batted as well as we would have liked the last few Test matches. There’s no hiding the fact we’ve got to bat better,” he added. 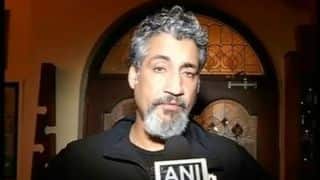