Darren Lehmann allayed fears of a rift between him and the Australian skipper.

Australian captain Michael Clarke and coach Darren Lehmann have reportedly not been on good terms with each other post the thrashing in the recent series against Pakistan in United Arabic Emirates.

Tension between both have allegedly been reported at least a couple of times this year, most notably over the exclusion of Steve Smith from a one-day match against Zimbabwe in Harare in August in which Australia were the shock losers. It was subsequently followed by Clarke expressing his dismay over selection publicly, which didn’t go down well with Lehmann, reported stuff.co.nz.

Rejecting the claims that there exists any rift between both, coach Lehmann stated that agreements and disagreements are part and parcel of the game. He further told the reporters that they would have asked the opposite, had they knew about the whole story with selection 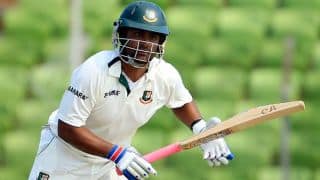