It has been 6 years since Australia last won a Test series in the subcontinent.

It has been 6 years since Australia last won a Test series in the subcontinent. Thereon, what has followed were nightmarish tours. They lost to India twice (in 2013 and 2017), they lost to Pakistan in the UAE in 2014, and Sri Lanka whitewashed them 0-3 in 2016. Bangladesh are no minnows and Australian head coach Darren Lehmann is well aware of the that. Ahead of the 2-Test series beginning at the Sher-e-Bangla Stadium on Sunday, Lehmann mentioned the importance of creating inroads with the new ball. ALSO READ: Warner will bury subcontinent woes and perform better in Bangladesh, says Lehmann

They have got some quality batsmen all the way down the list. They have actually got a really good record at home. They did well against England. Their top order is a key to how they bat. So we have to make early inroads with the new ball. It will spin and probably reverse the way the wicket goes, Darren Lehmann was quoted by ESPNCricinfo. Australia s last tour to subcontinent was their tour of India in early 2017. They started off with a win on a rank-turner of a surface at Pune but lost the Bengaluru and Dharamsala Test to concede the series 1-2. Bangladesh have won all 4 Tests they have played in Australia so far. However, the last time they played here was in 2006. In a span of over a decade, things have changed and Bangladesh have emerged as a competitive side in suited conditions. Last year, they came close to beating England in a Test series. They managed to win the final Test to level it.

The challenge for us is to win a series away from home. In India we had three day games. Sometimes the shorter the match, the more exciting Test match it is in a way. We are prepared for that, but traditionally it is a good wicket here, the 47-year-old added.

The first Test will be played at Mirpur from August 27, and the second Test will start in Chittagong on September 4. 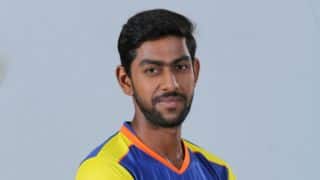