Darren Lehmann: Have my own way of getting the best out of players

Darren Lehmann: Have my own way of getting the best out of players

Darren Lehmann has been able to bring back the form of Mitchell Johnson and David Warner.

Darren Lehmann, the head coach of Austrlia has brought back the confidence of the Australian team and has his own way of getting the best out of his players as he did with David Warner and Mitchell Johnson, who are currently expected to fire in the ongoing Indian Premier League (IPL) 2014.

Johnson who was at his best against England is ”a beautiful, quiet guy,’’ Lehmann says and he added that having a deep and meaningful conversation with David Warner is useless as ‘he wouldn’t understand’ Lehmann said in an interview on ABC 1.

After taking over the job from Mickey Arthur, he has turned the fortunes of the team and has the lead the team to victories over old rivals England and South Africa.

”Mitchell is a beautiful quiet guy who just goes about his business, so for me it’s just about keeping him up. He’ll have times when he’s down, but not to let him get too down on himself. Players are their own harshest critic, as you would imagine, there are times when they’re going to get a rocket from me. But making sure they’re in a really good place to play the best cricket they can,” Lehmann said.

”And knowing each player, they’re all different. I wouldn’t talk to David Warner too long, because he wouldn’t understand. [He’d] lose it. I keep it really short for guys like that, Glenn Maxwell, and that’s fine, that’s when they play their best cricket. But if I have to talk to Shane Watson or Mitchell Johnson or Michael Clarke, I might take it more in depth because they’ll get it easier … that comes with age as well.”

Glenn Maxwell has been a great recent example and his game has really become better as seen by recent performances in the Sheffield Shield and in the IPL.

Lehmann and his team make a point of playing a brand of cricket that is well suited and they play will continue to play with aggression which was evident in their games against England in the Ashes.

”They [England] were at the end of their tether [during the Fifth Test in Sydney] for that particular series. And they have a bit of work to do. But we had been there 12-18 months before that, so they’ll fight back hard, they’ll be really hard to beat on their home patch [in 2015].” 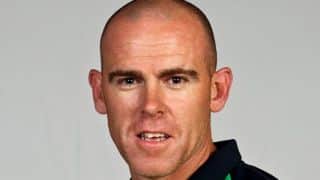