Australia head coach Darren Lehmann said he cannot see himself continuing as coach beyond 2019 after deep vein thrombosis proved to be a reality check.

Sydney: Australia coach Darren Lehmann said on Thursday he cannot see himself continuing in the demanding role beyond 2019 with a recent bout of deep vein thrombosis proving a “reality check”. He was admitted to a Sydney hospital on January 23 with a swollen calf, where the blood clot was diagnosed. Lehmann was forced to miss Australia’s Twenty20 series against India and the one-day international tour of New Zealand before being given the all-clear to join the ongoing Test series against the Black Caps. ALSO READ: New Zealand vs Australia 2015-16: Peter Siddle ruled out of 2nd Test at Christchurch due to back problem

He said the scare was a wake-up call, with the 46-year-old still on medication and forced to wear a compression stocking each day. Lehmann, who took over from Mickey Arthur in 2013, has been reluctant in the past to set an end date to his tenure but now says he cannot see himself doing the job beyond the 2019 Ashes, with the constant travelling taking a toll.  “I think a shelf life if you have success is four to six years,” he told the Sydney Morning Herald, of a role that requires him to be away from home for 300 days a year.

John Buchanan did the job for eight years between 1999-2007, but Lehmann said it was different now.

“I don’t think you could do that now; the job’s gotten bigger and bigger,” he said. “You’re traveling that much now and you don’t get a break because you normally don’t get injured. You’re on the road the whole time. If I got to 2019 that’d be six years. I couldn’t see myself going past that at all. I think my wife would kill me if I went past that”, he added.

The blood clot has seen Lehmann re-think his diet and lifestyle. “It’s like everything you get with those difficult situations, you get a reality check,” he said. “You take stock of where you want to get to and what you want to do and all those sorts of things. It’s really just making sure you live a better lifestyle (rather) than sitting in bars -– and having conversations over water or peppermint tea. Just trying to work through those issues with diet and the regime of travelling day in, day out. But I feel good, it’s just one of those things that happens,” Lehmann concluded. 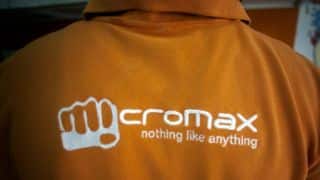