Boasting of a heady mix of experienced cricketers and exciting new talent matched with a cohesive team spirit, the touring West Indies team is hoping to extend their six-match winning streak during the coming Test series against India. 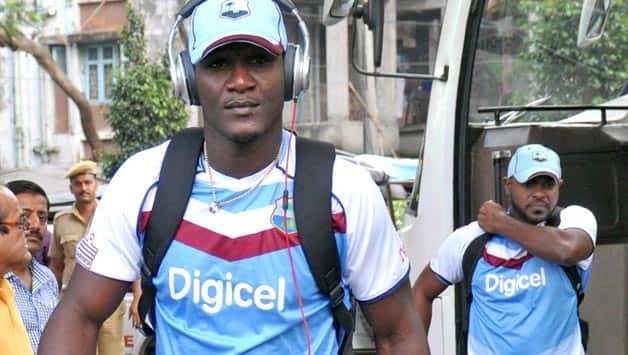 Boasting of a heady mix of experienced cricketers and exciting new talent matched with a cohesive team spirit, the touring West Indies team is hoping to extend their six-match winning streak during the coming Test series against India.

“Our team has some experienced batsmen, like Chris Gayle, Shivnarine Chanderpaul, Marlon Samuels, and others and we have a mature team this time around. We have won six consecutive test matches and we hope to build on that,” skipper Darren Sammy said.

Besides banking on exciting opener Gayle and old warhorse Chanderpaul, Sammy singled out the spin duo of Veerasammy Permaul and Shane Shillingford for turning around the team’s fortunes since the last Test series in India in 2011 which they lost 0-2.

“The belief in ourselves is our strong point besides the young and exciting fast bowlers and reliable batsmen. But then we also have Permaul and Shillingford and we hope to do better this time,” said Sammy.

With many of the squad members turning out for different franchises in the Indian Premier League (IPL), Sammy said the experience will help them in knowing the conditions better.

Coach Ottis Gibson pointed out that the team’s strength has now changed and they no more rely only on pace bowling.

“Of course, there has been a change over the years. Back home the nature of the pitches has changed and now they afford turn. We have some exciting spinners, so you can say we are no more like the 1980s when we relied heavily on pace,” said Gibson.

Gibson also credited the team’s build-up sessions in Miami ahead of the tour for generating team spirit.

“Our players come from different islands. We used to play some great cricket but often neglected team spirit. But the Miami visit has brought the team together and generated cohesiveness. There is great camaraderie now,” said Gibson.

Sachin Tendulkar retirement: West Indies to give guard of honour to Little Master