Londres: West Indies all-rounder Darren Sammy is joining Hampshire for English domestic cricket’s Twenty20 Blast competition, the southern county announced Thursday. Sammy is currently leading the West Indies in the ongoing World Twenty20 tournament in India and will be available for Hampshire duty until his Caribbean Premier League commitments start in July. The 32-year-old St Lucian also recently featured in the Pakistan Super League in a team captained by Shahid Afridi, who will be a team-mate at Hampshire. Live Cricket Scorecard: West Indies vs South Africa, T20 World Cup 2016, Match 27 at Nagpur

Sammy had a short spell in the T20 Blast with Nottinghamshire last season, averaging 41 with the bat in four matches. His first match for Hampshire will be against Kent on June 2, the club said in a statement. Sammy added: “I love playing in the UK and I’m really excited to have signed with Hampshire. Hampshire have had strong T20 results in the past which I’m hoping will continue this coming summer.

“They also have a rich West Indian history which I’m looking forward to adding to the best I can,” he added with Caribbean greats such as former opening batsman Gordon Greenidge and late fast bowler Malcolm Marshall both having had extensive Hampshire careers. “I can’t wait to meet my new team-mates in June,” Sammy concluded. 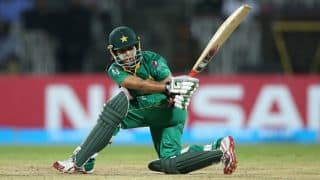 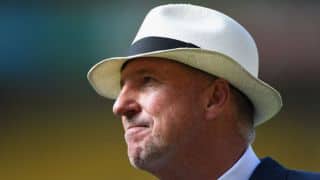