Satisfied to snatch a thrilling draw in the third cricket Test against India on Saturday, West Indies skipper Darren Sammy said a defeat in the final match of the series would have broken their hearts, especially after scoring massive runs in the first innings. 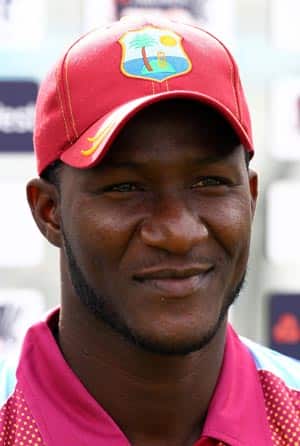 Satisfied to snatch a thrilling draw in the third cricket Test against India on Saturday, West Indies skipper Darren Sammy said a defeat in the final match of the series would have broken their hearts, especially after scoring massive runs in the first innings.

Chasing 243 runs in the second innings to complete a rare series whitewash against the West Indies, India could manage 242 for nine off the last ball of the match, thereby ensuring a nerve-wracking finish.

“I had all sorts of feelings coming into my mind. At one time, the feeling of a tied Test too came to my mind. I was speaking to Kirk (Edwards) at covers and he said ‘we can draw, we won’t lose’. To lose the game after scoring 590 would have been heart breaking for us,” a visibly contended Sammy said at the post-match press conference.

Needing three runs to win off the last over with two wickets in hand, India managed to get only two and lost the wicket of Ravichandran Ashwin while he attempted a non-existent double off the last ball to seal the game in India’s favour.

The West Indies captain, however, said having lost the series already he would have liked to sign off with a win.

“Obviously, happy with the result but a win would have been icing on the cake. We would have loved to win against a higher rung team. It would have given us some points. Our goal is to make it to the top five in Test cricket,” Sammy said.

“To win a match like this we need to bat well in both innings. But (in the end) it was a good game of cricket.”

Sammy said India’s attempt to overhaul the target gave the visitors hope of an unlikely win.

“When (Virat) Kohli and (MS) Dhoni were batting, there were about 15 overs left and about 50-55 runs to win. Ravi (Rampaul) was bowling well along with (Devendra) Bishoo. They (Indians) decided to go for the runs but in the process lost Kohli and Ishant. Virtually, they were going for the runs but we also had an opportunity to win the game,” he said.

Resuming at the overnight score of 81 for two, the visitors completely lost the plot on a fifth day Wankhede track which gave some assistance to the spinners as they lost eight wickets for a mere 53 runs in the action-packed pre-lunch session.

“We were hoping to get about 300 plus when we came to the ground this morning. But after we lost seven or eight wickets we had to go back to the dressing room and plan out the game.

We didn’t bat well but we kept believing that we could get a draw or a win,” Sammy said.

The Trinidadian, who did not bowl in India’s second innings due to a sore hamstring, said he did not expect 17 wickets to fall on the last day at a pitch, where only 22 wickets had fallen in the first four days.

“I didn’t foresee that. But it was a disappointing performance with the bat. Some of the shots we played were uncalled for. You have to be prepared to bat for a long time,” Sammy said.

“But the way we fought back with me not bowling, Bishoo bowling on one leg, (Marlon) Samuels bowling 20 consecutive and Ravi and Fidel (Edwards) doing well, it’s heartening. The bowlers showed fight and that’s the positive we can take from here.”

Asked about his injury, Sammy said, “I had a bad hamstring which was sore and I decided not to risk it (by bowling) with the one-dayers coming up.”

Sammy also praised India’s latest spin duo of Pragyan Ojha and Ashwin, who grabbed 20 and 22 wickets respectively in the series.

“They (Ojha and Ashwin) did well for India. Ashwin not only bowled well but did well with the bat too. Both have an extremely bright future for India,” he said.

When reminded that he had fulfilled his promise of breaking a few Indian hearts by not allowing Sachin Tendulkar to score his milestone 100th international century on his home ground, Sammy said, “I did say that. Unfortunately, for Sachin the ball came to me.”

Sammy also expressed satisfaction with the progress of the West Indies team.

“We have progressed well. We dominated the two Tests against Sri Lanka, did well against Pakistan and competed well against India. The players now have the belief that they can do well.” (PTI)