Sydney: Two of Australia’s greatest top-order batsmen, David Boon and Matthew Hayden, and the brilliant women’s all-rounder Betty Wilson will be inducted into the Australian Cricket Hall of Fame at the 2017 Allan Border Medal ceremony at Sydney on Monday. ACHoF chairman Peter King today announced that Boon, Hayden and Wilson were the selection committee’s choice for induction this year. “David Boon and Matthew Hayden are among a select group of just 12 players to have appeared in 100 Test matches but their significance goes way beyond that simple statistic,” said King.”David Boon was a key figure in the rise of the Australia side under Allan Border that went from easy-beats to winners of the ICC Cricket World Cup in India and Pakistan in 1987 and then the best Test side in the world.”

“He was player of the match in the 1987 World Cup final against England and was a reassuring presence either as opener or number three with more than 13,000 international runs across more than a decade at the highest level. He epitomises the tough-as-teak Australian cricketer and his induction into the Australian Cricket Hall of Fame is thoroughly merited.”After his retirement as a player Boon worked within Tasmanian cricket and as a national selector before taking up his current role as a highly respected ICC match referee.

King added: “Matthew Hayden featured prominently in the Australia squads that went unbeaten to win successive ICC Cricket World Cups in 2003 and 2007 and his role as an intimidating opening batsman and outstanding slip fielder mark him out as one of the greatest players this country has ever produced. Matthew’s record in both Tests and One-Day Internationals stands comparison with anyone in history and it is a pleasure to see him join such august company in the Australian Cricket Hall of Fame.”

Hayden stands fifth in the list of all-time Australia Test run-scorers and his tally of 30 Test hundreds is bettered by only two countrymen in history Ricky Ponting (41) and Stephen Waugh (32). He is one of only 10 players in history and the fourth Australian after Charles Bannerman, Billy Murdoch and Don Bradman to have held the record for the highest individual score in Tests thanks to his 380 against Zimbabwe in Perth in October 2003 and he made more than 15,000 international runs, over 24,000 first-class runs and another 12,000 runs in List A matches.

Commenting on Wilson’s induction, King said: “Betty Wilson was a woman ahead of her time, thanks to her brilliant all-round skills as a batter and off-spinner. It was cricket’s misfortune that she only played 11 Tests – due in part to World War II, but also because her career spanned a period when far fewer women’s cricket matches were played than in the modern era.”It is fantastic that Betty can take her rightful place in the pantheon of great cricketers produced by this country through her induction to the Australian Cricket Hall of Fame and it is an honour that is wholly justified.”

In the 11 Tests she played, Betty who passed away in 2010 – scored 862 runs at 57.40 and took 68 wickets at 11.80, including 90 and 10 wickets on debut against New Zealand on debut in 1948 and, in her second match, she weighed in with 111 becoming the first Australian woman to score a Test hundred against England and another nine wickets. 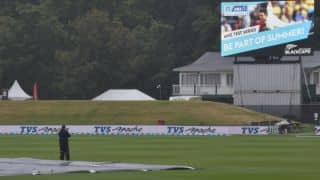 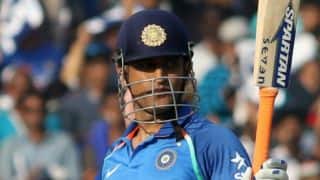