Mustafizur s Sunrisers Hyderabad (SRH) teammate and captain David Warner has advised Bangladesh not to exhaust the bowler by overplaying him.

With his consistency with pace and wicket, Mustafizur Rahman, dearly called Fizz by his teammates, has become Bangladesh‘s pace spearhead. Mustafizur has excelled across formats and the team has failed to find his replacement yet, which makes him a part of Bangladesh s XI for every series. However, bowling with top pace is a toiling task and Mustafizur s Sunrisers Hyderabad (SRH) teammate and captain David Warner has advised Bangladesh not to exhaust the bowler by overplaying him. Mustafizur was SRH s top pick and helped them on their journey to their maiden Indian Premier League (IPL) title in 2016. READ: Australia win 2nd Bangladesh Test; level series 1-1

“He’s a very good bowler, Warner told cricket.com.au. I think the one thing that Bangladesh have to do is look after him. You have to look after your fast bowlers, so if he’s your number one strike bowler moving forward when you’ve got a couple of Test matches and one-dayers coming up, you’ve really got to monitor that.

“You’ve got to prioritise whether it’s Test cricket, one-day cricket, Twenty20 cricket. That’s obviously a conversation for them to have with him but I think he’s an exceptional talent, an exceptional bowler, and it’s upon himself to work out if he wants to play all three forms, one form, or two forms,” he added.

Both Mustafizur and Warner are now busy with their assignment of the two-Test series in Bangladesh, which the hosts lead 1-0. 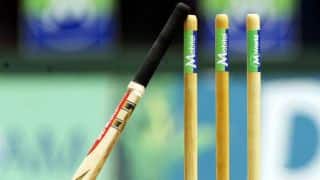