Joe Root has said that David Warner should prepare himself for a cold reception in England in the aftermath of his involvement in Newlands ball-tampering scandal.

Joe Root has said that David Warner should prepare himself for a cold reception in England in the aftermath of his involvement in Newlands ball-tampering scandal. Warner is currently serving a 12-month ban for masterminding the use of sandpaper to alter the condition of cricket ball during a Test match against South Africa earlier this year.

Root, the England Test captain, is currently leading his side’s preparations for the upcoming two-Test series against hosts Sri Lanka. England are scheduled to play two two-day practice matches prior to the first Test starting November 6 in Galle.

He was responding to a recent incident of Warner walking midway through his innings during a club game in Australia after being allegedly sledged by an opponent player.

Warner’s ban would have ended by the time Australia will be in England for the ICC World Cup 2019 followed by Ashes series.

“We will have to wait and see what happens when he comes over to England in the summer, if he does. I’m sure he will have to accustom himself to what might be a slightly hostile environment from the English public. I wouldn’t wish that upon anyone, but time will tell as to what happens in the future.”

Root was punched by Warner in a Birmingham bar in 2013 following which the latter was dropped by Australia for a Champions Trophy match. Warner reportedly lost his temper after seeing Root put on a fake beard thinking he was mocking Hashim Amla. 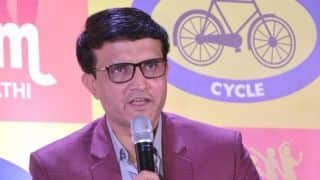 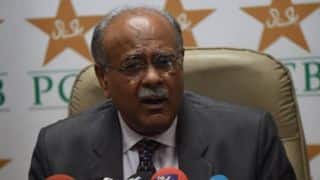