David Warner has earned three demerit points and fined 75 per cent of his match fee after he decided not to contest the Level Two charges.

David Warner has earned 3 demerit points and was fined 75 per cent of his match fee after he decided not to contest the Level Two charges. The Australian vice-captain was guilty of “conduct that brings the game into disrepute” after CCTV footage showed him apparently turning on Quinton de Kock as the players walked up a staircase during the tea break of the Day Four of the first Test in Durban. The Australian management continue to maintain that Warner was provoked by personal comments de Kock had made about Warner’s wife. However, Warner has accepted his charges. Another demerit point will earn Warner a ban.

Warner was revealed to have called de Kock a f***ing sook.

De Kock, meanwhile, will contest his Level One charge as South Africa have sought clarity over the accusations over him. He will undergo a hearing on Wednesday at Port Elizabeth.

After a feisty game that saw Australia take a 1-0 lead in the four-Test series, visiting off-spinner Nathan Lyon was also fined 15 percent of his match fee after appearing to drop the ball on AB de Villiers after the latter was run out. 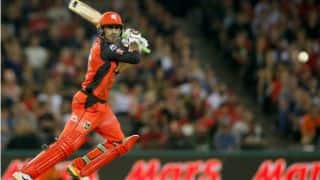 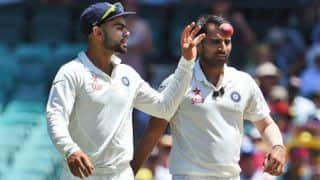