David "Whirlwind" Warner was the new darling of the Australian media after his rapid-fire century against India earned him comparisons with Adam Gilchrist. 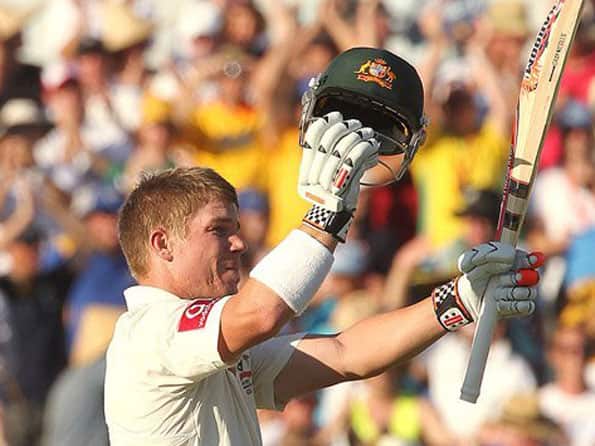 David “Whirlwind” Warner was the new darling of the Australian media after his rapid-fire century against India earned him comparisons with Adam Gilchrist.

The 25-year-old cracked a sizzling unbeaten 104 on Friday as Australia ended the opening day of the third Test at 149-0 in reply to India’s paltry 161.

Warner brought up his century in just 69 balls, placing him equal fourth on the list of Test cricket’s fastest tons alongside Shivnarine Chanderpaul but behind Jack Gregory (67 balls), Gilchrist (57) and Viv Richards (56).

Several newspapers on Saturday gave him the moniker “Whirlwind Warner” with The Australian comparing him to Gilchrist, the attacking former left-hander considered one of the greatest wicketkeeper-batsmen in the history of the game.

“It might have been Adam Gilchrist reborn as David Warner smashed the fastest century ever by a Test opener, taking the long handle to an Indian attack short on heart and answers,” the newspaper said.

“Not since Gilchrist smashed the fastest Ashes ton ever off just 57 balls on the same ground five years ago, has an Australian ever cut so loose in Test cricket.”

Under the headline “Aussie Master Blaster”, The West Australian heralded the team’s new hero, while having a dig at the lacklustre Indian team.

“The only way India could stop the left-hander was for Umesh Yadav to send a ball through the batsman s helmet, flooring Warner with his score on 80,” it said.

“But, unlike some of his opponents in their innings, Warner wanted to fight on.”

The Sydney Morning Herald was equally gushing in its praise of his knock on a WACA ground renowned for its pace and bounce.

“Out of this world,” the newspaper said in analysing his innings.

“An awe-inspiring David Warner has all but driven the final nail in the coffin of India’s sorry tour of Australia.

“India might as well hand over the Border-Gavaskar Trophy now,” it added.

India are already 2-0 down in the four Test series. (AFP)