David Warner had a horrible outing in his side's last subcontinental tour and will look to eradicate his flaws in upcoming India tour.

Australia‘s vice-captain and dual Allan Border medallist, David Warner has declared a competitive showing will not be enough to satisfy the tourists in their upcoming tour of India, as suggested by former Australia captain Ricky Ponting. Australia has not won a Test match let alone series on Indian soil since their famous 2004 triumph, with the No. 1 ranked Test side being the favourites entering the four-Test series. The first Test starts in Pune on February 23. Ponting had offered a bleak fortune for the underdogs, tipping Australia would struggle against the home side s slow bowlers, spearheaded by Ravichandran Ashwin and Ravindra Jadeja, who occupy the No. 1 and 2 spots respectively in the latest ICC bowling rankings.

According to Cricket Australia, Australia were shell shocked by the experienced Rangana Herath on their tour of Sri Lanka in August 2016 where they were humiliated to a 3-0 series defeat. Herath was the leading wicket-taker across three matches, accumulating 28 scalps at an impressive average of 12.75. Warner, who has been given rest for the Chappell-Hadlee Trophy against New Zealand ahead of India tour, stated that his side would be ready to confront the imposing Indians. Matthew Wade replaces Steven Smith as captain for Australia’s tour of New Zealand for 3 ODIs

It s going to be a challenge no matter what. They re so good in their home backyard and for us to play out of our skin, that s what we re going to have to do to beat them. We talk about batting big and scoring big well look at England, they did that, and India scored even bigger runs. We re definitely going to be well prepared and we re not going to leave anything out there , stated a determined Warner ahead of the mouth-watering series.

England topped 400 three times during their 4-0 series loss against India last year, with a best of 537 in the drawn first Test at Rajkot. Nonetheless, Virat Kohli s team piled on more than 400 runs on five occasions, including massive totals of 759 for 7 declared and 631 in the final two Tests. Kohli continued his rich vein of form hammering 655 runs in the series and became the fifth batsmen to hit three double-centuries in a calendar year in process.

On the other hand, Ponting believes the best-case scenario for Australia is to be more competitive than they were in Sri Lanka. The challenges are going to be there for the Aussie team. Unlike what happened in Sri Lanka, as long as they can find a way to be competitive in the Test series. Even if we don t win, I don t think it d that big of a deal. It s a real learning curve for our guys now to find a balance between playing the Australian way but (also) adapting that to Indian conditions , concluded the former skipper who helped his side in lifting the ICC Cricket World Cup in 2003 and 2007. 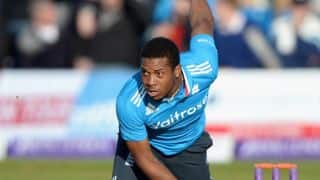 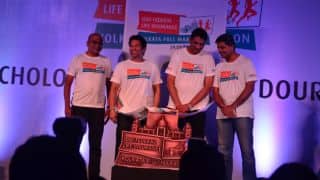