Warner also went past Mark Waugh (20 hundreds), and is now in the top-10 list of most hundreds by an Australian. With 41 hundreds, Ricky Ponting aces the chart.

Adding more to the series of milestones, Warner became the 14th Australian to complete 6,000 runs in the longest format.

There was only a solitary blunder in a stunning innings that comprised 13 sixes and a hundred: Warner top-edged a length ball off Tom Curran on 99. So lucky was Warner that Curran had overstepped, giving Warner a reprieve. He reached the hundred off the very next ball, celebrating it with a punch in the air.

This was Warner’s fourth hundred of the year: two against Bangladesh and one against Pakistan. This was his consecutive hundred at Melbourne Cricket Ground. He now averages 46.3 at the venue including 2 hundreds. 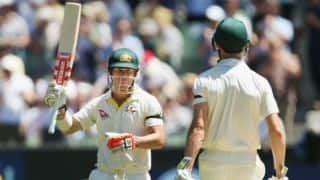 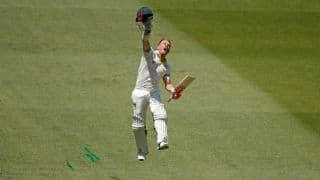