Warner has scored most runs while chasing by a batsman in any IPL season.

David Warner is set to play his 100th Indian Premier League (IPL) match on Sunday when Royal Challengers Bangalore (RCB) take on Sunrisers Hyderabad (SRH) in the final of IPL 2016 at M. Chinnaswamy Staidum, Bengaluru. Warner, who is leading SRH, has been one of the best skippers in this edition of IPL with 10 wins in 16 games played so far. He is also the second highest run scorer of IPL 2016 with 779 runs, behind RCB skipper Virat Kohli who is way ahead in the race of Orange Cap with incredible 919 runs with one match to go. Full Cricket Scorecard: Royal Challengers Bangalore vs Sunrisers Hyderabad, IPL 2016 Final

The SRH skipper Warner has already scored 468 runs while chasing in this ninth edition of IPL, which is the most by a batsman while chasing in any IPL season. Warner has scored eight half-centuries in IPL 2016, the most by any batsman this season. On the other hand, Kohli who has been in an incredible form has smashed four tons and six fifties and is 81 runs away from becoming the first player to score a 1,000 runs in a season of the IPL.

With RCB and SRH in the final of IPL 2016, a new champion is set to be crowned in the tournament. While it is the first final for SRH, RCB had made it to the final twice in the earlier editions and unfortunately lost both the times. 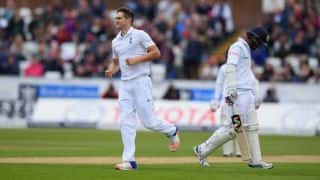