Though Steven Smith still has a slim chance to captain Australia again but David Warner will not be considered at all.

Declared the ‘plotter-in-chief’ in the ball-tampering scandal, David Warner will never be considered for captaincy after serving his one-year ban, Cricket Australia announced on Wednesday.

Following CA’s investigation into the infamous incident in Cape Town, it has come to light that Steve Smith and Cameron Bancroft knew what they were getting into but it was Warner who developed the “plan to attempt to artificially alter the condition of the ball”.

Smith still has a slim chance to captain Australia again but Warner will not be considered at all.

“Steve Smith and Cameron Bancroft will not be considered for team leadership positions until a minimum of 12 months after the conclusion of their respective suspensions from international and domestic cricket,” said CA in a statement.

“Any consideration of future leadership would be conditional on acceptance by fans and the public, form and authority among the playing group. David Warner will not be considered for team leadership positions in the future,” it added.

Warner has also been charged for instructing “a junior player to carry out a plan to take steps to attempt to artificially alter the condition of the ball using sandpaper”.

The ICC, on its part, had suspended Smith for one Test while docking 75 percent of Bancroft’s match fees. 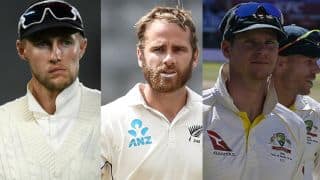