David Warner-led Australia are unbeaten in the ongoing Tri-Nation T20Is versus New Zealand and England.

Australia stand-in skipper David Warner believes his future prospect of leading the T20 side will primarily depend on how full-time captain Steven Smith decides to go in his international career. Warner is leading the T20 side in the absence of rested regular captain Steve Smith and that he is the only member of the victorious Ashes side to feature in all three formats of the game this Australian summer.

Reflecting on the same, Warner insisted that he is embraced to lead the T20I side in the absence of Smith in the current tri-series and that his fellow team-mates have also appeared to have adapted him well as a captain. Though Australia have traditionally struggled to perform well in T20 cricket, they have managed to win six out of seven games under Warner, including winning their last three matches in a row for the first time since 2014.

Australia, meanwhile, also have an opportunity to climb to the No. 2 spot in the world rankings if they manage to beat New Zealand in their next match of the tri-series at Eden Gardens on Friday. Smith, on the other hand, has not played a T20I due to over-crowded international schedule and a need to rest between tours.

Despite the same, Smith is determined to lead Australia across three formats of the game and Warner insists that he completely respects the regular captain’s decision.

“That’s obviously a question for Smithy and the selectors. It depends on how Smithy is going mentally with all three forms. He’s said that he’s happy doing all three forms and I respect that. I’m his deputy so I try and help him as much as I can so he’s in the (right) frame of mind,” Warner was quoted as saying by Cricket Australia.

“I try and do as much as I can and make sure I’m doing everything right with the boys to make his job a lot easier,” Warner added.

Whenever Smith has sat out of the T20I side in recent times, Australia have a ready-made captain replacement in form of Warner.

However, Smith has a strong captaincy record in the shortest format of the game as well, having led Sydney Sixers to the inaugural Big Bash League (BBL) title in 2012 besides also captaining Rising Pune Supergiant (RSP) to the Indian Premier League (IPL) final last year. 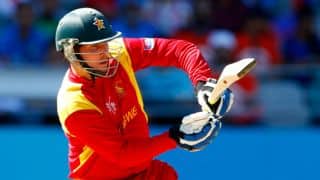