Warner returned from his year-long ban through the ICC Cricket World Cup 2019 in England, finishing as the tournament's second-highest run-getter.

Australia star David Warner beat countryman Steve Smith by just one vote to win his third Allan Border Medal awarded to the best national cricket in the men’s category on Monday. Warner polled in 194 votes while Smith got 193 votes to finish second.

Warner returned from his year-long ban through the ICC Cricket World Cup 2019 in England, finishing as the tournament’s second-highest run-getter. However, that was followed by a horrendous Ashes series during which he managed 95 runs across 10 innings. He roared back to form during Australian home season, a period that saw him hitting a Test career-best 335 not out and a maiden T20I century as well.

“I had an absolutely horrendous Ashes and generally, across the Test matches, that’s where a lot of the votes are polled,” Warner said. “So I didn’t think I was a chance for that (Border Medal). “It was a shock and a surprise. When it is that close, you really don’t know so it’s a big surprise to be honest. I had no doubt that I had the capabilities of coming back and being here again. It was a lot of hard work and commitment to put my hand back up for selection, and to go away and do what I know best which is to try and score as many runs as I can in any competition I’m playing in.”

“There was obviously a lot of work done to reintegrate the three of us, and the way that unfolded and the way we were reintegrated back into the team I’m extremely grateful for that,” he added.

Australia limited-overs captain Aaron Finch was adjudged as the ODI player of the year with Warner bagging the best T20I player award in men’s category. Marnus Labuschange was chosen as the male Test player of the year.

In the female category, Alyssa bagged both the ODI and T20I player of the year awards.

Male One Day International Player of the Year: Aaron Finch

Female One Day International Player of the Year: Alyssa Healy 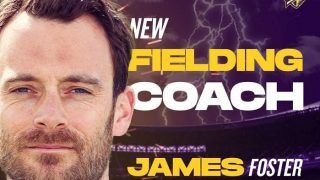 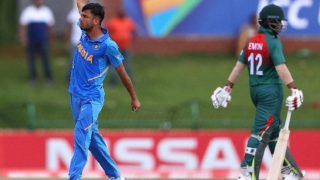