Ian Chappell believes that despite the controversial image of explosive batsman David Warner, his understanding of the game is second to none.

Ian Chappell believes that despite the controversial image of explosive batsman David Warner, his understanding of the game is second to none and claimed that he should have succeeded Michael Clarke into the role of Australia captain and not Steve Smith.

Smith was handed over the reins of the Australian team following the retirement from Clarke. However, after the ball-tampering scandal, Smith alongside Warner was handed 12-month ban by Cricket Australia which ended in March this year.

While Warner is never to be considered for the leadership duties again due to his role in the ball-tampering controversy, Smith cannot be appointed captain for at least a year following his return to the national setup.

“Anybody who says Warner’s too difficult — now I’m not in the dressing room, so I don’t know — but the bit I’ve had to do with David Warner, I think he would have been a better captain than Steve Smith because he’s got a very good understanding of the game of cricket, it’s a very aggressive understanding of the game of cricket,” Chappell, a former Australia captain himself, was quoted as saying by Foxsports.com.au.

Chappell recalled his interactions with Warner, who recently topped the batting charts in IPL for Sunrisers Hyderabad before returning home.

Chappell, who played 75 Tests, also rates Ricky Ponting ahead of Steve Waugh in terms of captaincy as he never ran out of ideas unlike his predecessor.

“The only disappointment I had in Ponting’s captaincy was … his nickname is ‘Punter’ and he didn’t take his gambling instinct onto the field with him. I wish he had of. But I always had Ricky ahead of Steve Waugh as a captain because whether you agreed with his ideas or not, he never ran out of ideas,” he said.

He added, “But I saw Steve run out. On the odd occasion he was under the hammer, he ran out of ideas pretty quickly.” 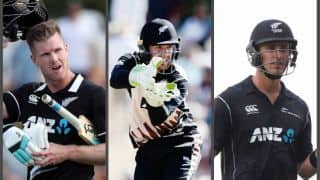