Joe Root was the lone wicket to fall for 72 in Day 4's morning session versus West Indies.

England ended first session of Day Four at 251 for 4. The overall lead stands at 81 runs. Joe Root was the lone wicket to fall, as hosts were led by a resilient innings by Dawid Malan. With England showing resolute approach, West Indies would want to remain patient and continue searching for wickets post lunch with the new ball. Jason Holder will have to bring in some close-in fielders to support his spinners, and rotate his seamers well.

How the morning session panned out

Root started Day Four by slamming consecutive fifty in the match. This is the first instance of the English skipper notching half-centuries in both innings of a Test. However, West Indies didn’t lose hope (no, not Kyle and Shai Hope). They had their plans for Root. They bowled every delivery outside off to the right-hander. Root finally fell to a back-of-length delivery, off Shannon Gabriel. He played a late cut, but was deceived by the extra bounce. Shai Hope held onto the catch at gully, on second attempt.

Ben Stokes joined Malan in the middle. With the pitch slowing down, Holder resorted to Devendra Bishoo after hardly using him yesterday. Malan continued to show resistance by covering his stumps and was content with finding the gaps. Stokes, on the other hand, looked nonchalant as ever. He carried on from where he left in the first innings, and remains unbeaten at 29*. 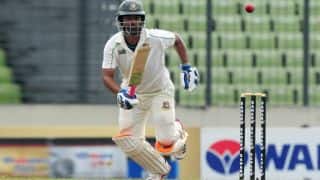 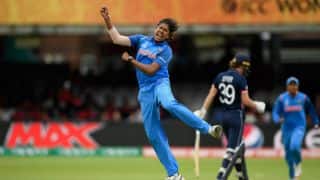