Dawid Malan has been one of England s rare positives this Ashes. He has been England s best performing batsman with 302 runs at 50.33.

Dawid Malan has been one of England s rare positives this Ashes. He has been England s best performing batsman with 302 runs at 50.33. England might have conceded The Ashes urn to Australia after losing three Tests on a row, but Malan believes they will have to remain aggressive in the remaining dead rubbers, as there is pride at stake.

I believe we need to be as aggressive with these guys as they are with us,” Malan told reporters ahead of the fourth Test in Melbourne, starting on Boxing Day. If you ever take your foot off the gas with these blokes, they seem to really dominate. I think batting, bowling or fielding we have to be aggressive. One little mistake out here, and these guys seem to pounce on it. You have to be mentally strong. It is a tough place, but it is as tough as you make it.

England have had their moments. Malan certainly gave them the advantage with his classy 140 at Perth but England haven t been able to capitalise on the same: You can look back at all three Test matches and say we were in the driving seat for two or maybe three days. It s just those crucial moments – one session a game we’ve lost and just fallen away. It is disappointing we’ve got nothing to play for in terms of the Ashes but the pride of our players will want to make this 3-2 and we want to show we can perform out here.

Despite all the controversies surrounding the national side Malan maintains that the team has remained united on the miserable tour. Last time they were here, in 2013-14, the cracks had opened up. Kevin Pietersen fell off with Alastair Cook and coach Andy Flower that marked the end of his England career.

No one is feeling sorry for themselves, blaming people or anything like that. We hold our hands up and we need to improve. None of us are the finished article. It s not through lack of trying, Malan added. 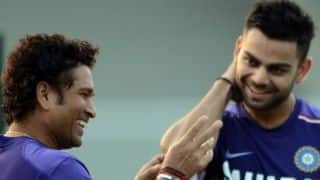 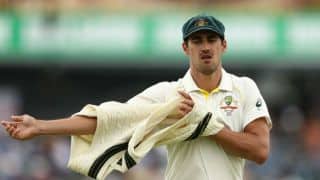