Dawid Malan came into the side in place of England's skipper, Eoin Morgan, who had rested himself and gave an opportunity to Malan.

Dawid Malan, who scored a fantastic half-century and played a match-winning knock in his team’s 19-run victory over South Africa last night, said that he feared he would never get the chance to play for England. The left-handed batsman first made a name for himself back in 2008, when he smashed a century in the Twenty20 Cup quarter-final against Lancashire. Malan now 29, was 21 then and had to wait for a long time to get an opportunity to represent his country at senior level. However, when the opportunity finally came, he grasped it. FULL CRICKET SCORECARD: England vs South Africa 2017 3rd T20I at Cardiff

It is a fantastic experience to play for your country and to contribute in a win like that on debut is fantastic, he told BBC Sport after the win. I thought this day might never come. I had a chat with Adam Voges (his Middlesex colleague), who played later for Australia. I asked what he did and how he kept motivated when you keep getting overlooked for younger and younger players. He gave me some advice and fortunately I had a good series with Lions and got picked when players were rested.

Malan came into the side in place of England’s skipper, Eoin Morgan, who had rested himself and gave an opportunity to the Middlesex batsman. Coming into bat at No.3, he stitched a 105-run stand with Alex Hales for the second wicket and laid a solid foundation for the batsmen to follow. South Africa announce Test squad against England

Even though the rest of the batting line-up failed to make significant contribution, it was Malan’s 78, which played a pivotal role in England scoring 181 in their 20 overs. It was also the highest score by an English player on debut. The stand-in skipper, Jos Buttler, who himself scored a valuable 31, also praised the Middlesex lad for his efforts. Dawid was fantastic on debut. It is not easy to come in and show that much composure under pressure. On debut it was a fantastic effort, said Buttler.

To summarise, it was Dawid Malan’s brilliant knock and Chris Jordan’s terrific spell of bowling (3 for 31), which helped England win the decider and clinch the series 2-1. 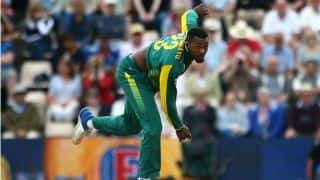 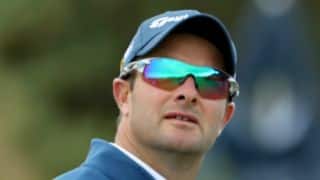