"Virat Kohli has done a great job as captain like Dhoni who led for so many years," said Kapil in an interview with India Today.

Virat Kohli interestingly has notched up the highest percentage of wins in Test cricket by any skipper to have led the side in more than five Test matches. Meanwhile, Kohli has led India with three back to back Test series wins in just 14 Tests, along with seven victories, five draws and just a couple of losses. Kohli now prepares himself to lead the Indian side once again, with an aim to conquer the No.1 spot in the ICC Test rankings, as India take on New Zealand in a three-Test series from September 22, while former Indian skipper Kapil Dev gave thumbs up to Kohli as the perfect man to lead the side at present.

“Virat is making his own place and I think he should make his own place and he doesn’t have to get into anybody’s shoes. Neither did Dhoni have to fill anybody’s shoes. Every cricketer comes out with his own personality and own performance and makes his own recognition. Looks like it [that we will be able to reclaim the No.1 spot]. Virat Kohli has done a great job as captain like Dhoni who led for so many years,” said Kapil in an interview with India Today.

“After Dhoni we were looking for someone to lead and build the team again. I must say there is a day and night difference between Virat Kohli and MS Dhoni but both have given their 100 per cent, both players have only one aim which is to be No.1, to win all the matches, so it has been interesting to see the difference in the two captains and their approach. But one approach [of both] has been simple, that is, how to win a Test match,” Kapil added. India vs New Zealand, 1st Test at Kanpur: Virat Kohli & Co. eye first blood

“Since Ashwin started playing he has done unbelievably well. I never expected that somebody can come to this level. Harbhajan Singh bowled so well and claimed more than 400 Test wickets and suddenly Ashwin comes out and starts taking wickets and scoring runs. I think he [Ashwin] is the most important player the Indian team has right now,” said Kapil on being asked about spinner Ravichandran Ashwin’s all-round performance. Playing MS Dhoni in his biopic was special: Sushant Singh Rajput

“I think playing good cricket is very important and if you bag a victory on the way then it makes you all the more happy and proud. It is going to be a historic day so we should celebrate and be a part of it. The result will come in five days, four or maybe three days but I think it is wonderful to see Team India playing its 500th Test match,” Kapil concluded. 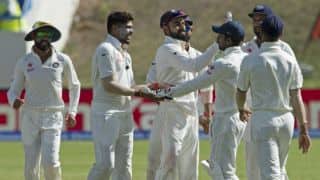 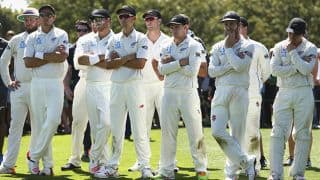