Cricket staged its first day/night Test in 2015 after years of speculation that such matches might help arrest declining attendances.

London: Cricket staged its first day/night Test in 2015 after years of speculation that such matches might help arrest declining attendances for the sport’s longest format. November witnessed the landmark fixture when Australia beat New Zealand in front of an impressive aggregate crowd of 123,736 who flocked to the Adelaide Oval for the three days the match lasted. Another event significant in that it simply took place, was that Pakistan played major internationals on their own soil for the first time in six years, beating Zimbabwe in both Twenty20 and one-day series. Full Scorecard: Australia vs New Zealand 2015, 3rd Test at Adelaide

Pakistan had been a ‘no go’ area for rival nations since gunmen opened fire on Sri Lanka’s team bus in Lahore in 2009. Meanwhile Pakistan left-arm quick Mohammad Amir returned to competitive cricket after serving a jail sentence and a five-year ban for his role in the spot-fixing scandal that took place during Pakistan’s 2010 tour of England. The highlight of Australia’s year came when they beat fellow co-hosts New Zealand by seven wickets in the 50-over World Cup final in Melbourne.

Their record-extending fifth title owed much to Mitchell Starc, the left-arm fast bowler taking 22 wickets at 10.18. But it was a different story when Australia were beaten in the Ashes — the first time they had lost four successive away series against England since 1896 despite the hosts effectively ending Kevin Pietersen’s international career. Stuart Broad set up England’s series-clinching win with a remarkable eight for 15 return as Australia were skittled out for 60 on the first morning of the fourth Test at his Trent Bridge home ground.

After the defeat, Australia captain Michael Clarke announced his international retirement. He was one of several Australians to retire in 2015, with Ryan Harris, Chris Rogers, Brad Haddin, Mitchell Johnson and Shane Watson (Tests) also bowing out. South Africa lost their first away Test series in nine years when they went down 3-0 to India as touring teams everywhere again struggled.

India did however triumph in Sri Lanka, where conditions are similar to their own, by coming from behind to win a three-match series 2-1 as they enjoyed their first success on the island in 22 years. Sri Lanka said goodbye to the retiring duo of Kumar Sangakkara and Mahela Jayawardene, two outstanding batsmen. One consolation for South Africa was the form of AB de Villiers, who scored the fastest fifty, hundred and 150 — off just 64 balls against the West Indies at the World Cup — in one-day international history. Bangladesh, so long the makeweights of world cricket, knocked England out of the World Cup and enjoyed several home ODI series wins.

Corruption continued to haunt cricket in 2015, with the Chennai Super Kings and Rajasthan Royals suspended from the lucrative Twenty20 Indian Premier League (IPL) because of betting-related activities involving team officials Gurunath Meiyappan and Raj Kundra in 2013. The fall-out extended to the top of the world game, with Meiyappan’s father-in-law Narayanaswami Srinivasan, whose India Cements company own CSK, having his term as ICC chairman cut short last month when the Indian board withdrew support for their former president.

November also saw former New Zealand all-rounder Chris Cairns acquitted by a London court on charges of perjury relating to his earlier libel trial victory regarding match-fixing allegations. New Zealand captain Brendon McCullum, a key prosecution witness in the perjury trial, announced Tuesday he would retire from international cricket in February but said his decision had nothing to do with testifying against Cairns.

This year saw the death aged 75 of administrator Jagmohan Dalmiya, who helped transform India into cricket’s financial powerhouse. England bid farewell to Tom Graveney (88), one of a select group of batsmen have made 100 first-class hundreds, Frank Tyson (85), the fast-bowling spearhead of their 1954/55 Ashes success and former captain Brian Close (84). Australia mourned Arthur Morris (93), but perhaps the most widely felt loss of all was that of their former captain Richie Benaud, who died in April aged 84. Few people have had such a long influence on cricket as Benaud, a leg-spinning all-rounder who never lost a Test series while captain and later became the sport’s supreme television commentator during a broadcasting career of over 50 years. 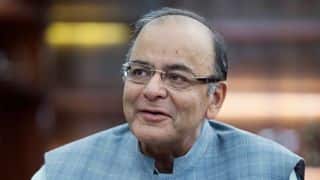 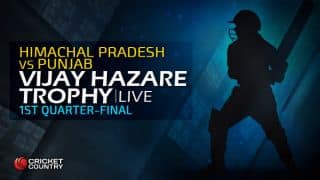