Australia great Rodney Marsh has said that concerns over ball colour should not stop the staging of day/night Tests, given it is more than 30 years since he played in floodlit "Supertests" during World Series Cricket. 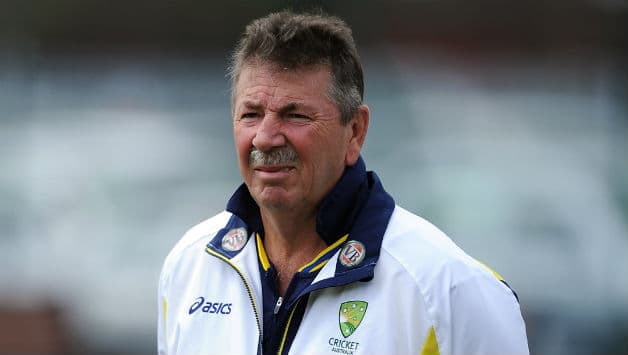 Australia great Rodney Marsh has said that concerns over ball colour should not stop the staging of day/night Tests, given it is more than 30 years since he played in floodlit “Supertests” during World Series Cricket.

Last month the sport’s global governing body, the International Cricket Council (ICC), announced Tests could be played under lights, with rival teams deciding on the hours of play and the colour of the ball to be used.

“I say bring it on!” Marsh, who played in the “rebel” World Series Cricket run by the Australian media mogul Kerry Packer in the 1970s, which pioneered innovations now commonplace to the world game such as coloured clothing and floodlights.

“What people need to understand is that during World Series Cricket we played Supertests at night,” Marsh, one of cricket’s greatest wicket-keepers, was quoted as saying on Lords.org on Wednesday.

“This was nearly 35 years ago and there is no reason why this can’t happen with Test matches today.”

While Test cricket attracts large crowds in England, attendances in other parts of the world for the five-day game have declined.

But supporters of day/night Tests argue they could revive spectator interest in the format, making it easier for fans to work during the day.

Day/night fixtures proved popular with Australian crowds when introduced by Packer and have since become an accepted part of one-day games around the world.

Australia selector Marsh, 65, said there was no reason why floodlit cricket would not succeed at Test level as well.

“Night Test cricket would be really successful on the sub-continent and in Australia, New Zealand and South Africa,” he said.

“I don’t think it’s necessary in the UK but it could easily go through until 8:00 pm (1900 GMT during the English season) with a red ball. The West Indies may also embrace day/night Test matches.”

One longstanding concern raised about floodlit Tests concerns the type of ball that would be used.

The traditional red ball is not as easy to see under lights while white balls used in limited-overs matches are reckoned to be insufficiently durable for first-class cricket.

Marylebone Cricket Club (MCC), which is responsible for the sport’s laws, have experimented in recent years with a pink ball in their traditional opening fixture of the English season against the champion county.

But Marsh, who in 96 Tests from 1970 to 1984 completed a then world record 355 dismissals, said ball type should not put a block on floodlit Tests.

“If a pink ball isn’t going to be the way to go, then why not use a white ball (or two) and play in coloured clothing?,” said Marsh, who joined MCC’s world cricket committee earlier this year.

“If they wanted to be really courageous then players could use a red ball in the day time and white clothing and then change to colours and a white ball in the evening session.”

Cricket Australia are keen to press ahead with day/night Tests, provided a suitable ball can be developed, but officials in India, world cricket’s financial powerhouse, are less enthusiastic.

The Board of Control for Cricket in India (BCCI) remain lukewarm to the concept following a trial in a first-class match back in 1997.

“We were the first to experiment with this and our experience was not so great,” BCCI chief administrative officer Ratnakar Shetty said last month. “At this stage we have no such proposal.”

The BCCI held the five-day Ranji Trophy final between Mumbai and Delhi under lights in Gwalior in April 1997. Bowlers struggled due to the heavy evening dew and frequent changes of the white ball.

Just two innings were completed. Mumbai, who made 630 batting first, were declared the winners after Delhi were dismissed for 559 on the last day.