Chaudhary's comments came after the BCCI held a meeting to discuss the various venues and dates for India's home series in the 2018-19 season.

Board of Control for Cricket in India (BCCI) acting secretary Amitabh Chaudhary on Saturday said day-night Test match will take place in India only after the approval of the Supreme Court-appointed Committee of Administrators (CoA).

Chaudhary’s comments came after the BCCI held a meeting to discuss the various venues and dates for India’s home series in the 2018-19 season, starting with West Indies and concluding with Australia.

Choudhary revealed that India would play one-off Test match against Afghanistan in second week of June, while the series against West Indies has been scheduled for October.

“The committee approved the India-Afghanistan inaugural Test match in Bangalore from June 14 to June 18. The venues for two Test matches against West Indies have been decided yet as Rajkot (4-8 October) and Hyderabad (12-16th October). The five ODI venues are Mumbai (21st Oct), Indore (24th Oct), Guwahati (27 Oct), Pune (29 Oct) and Trivandrum (29 Oct),” he said.

“The three T-20 games with the West Indies will be at Kolkata, UP (Kanpur or Lucknow) and Chennai. The dates for T20 matches are 4, 6 and 11 November,” the BCCI acting secretary said.

Revealing the schedule of home series against Australia, Choudhary said that Indiawould play five ODIs and two T20Is games against the Steve Smith-led side.

The BCCI acting secretary further said the prospect of day-night Test matches in India was also discussed during the meeting and that the BCCI has received unanimous decision favouring the experiment.

“The Committee (CoA) considered the proposal of converting one of the two Testmatches into a day-night match and considered the view of all stakeholders and the view was unanimous favouring this experiment,” Chaudhary said.

He, however, clarified that the final decision of India hosting Test matches under lights would be taken after CoA’s approval.

“However, the decision was not taken today, only decision taken today was to send recommendation to the COA. The day-night match will happen only when COA approves,” he clarified.

Yesterday, Choudhary penned down a stinging letter to the Supreme Court-appointed committee for arresting all the functioning powers of the current set of office bearers of the BCCI.

In a bold move, CoA had decided to virtually clipped the wings of three principal BCCIoffice bearers comprising C.K. Khanna (acting BCCI president), Amitabh Choudhary (acting BCCI secretary) and Anirudh Chaudhry (BCCI treasurer), thus barring them from convening any meetings, including the ones regarding team’s selection.

Hitting back at the CoA’s move, Choudhary, in his letter to the CoA, questioned several decisions taken by the committee since its formation on January 2 last year besides accusing them of systematically usurping powers from the BCCI office bearers.

Choudhary further pointed fingers on the CoA’s motives behind repeatedly hounding the BCCI members instead of working in tandem with them towards the implementation of Justice (Retd) R.M Lodha-led committee recommendations. 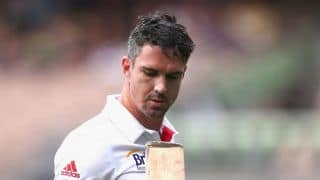 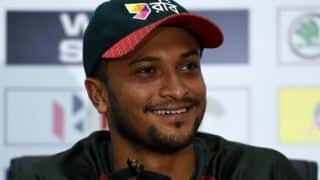