While welcoming the expansion of Day-Night matches to Test cricket, Sachin Tendulkar has cautioned against the standard of play being compromised. While welcoming the expansion of Day-Night matches to Test cricket, Sachin Tendulkar has cautioned against the standard of play being compromised.

One of the biggest reasons why Day-Night Test has come into existence is to bring in more people to the stadiums. However , sceptics have their reservations on the impact the changed conditions, especially the dew factor once the sun sets, could have on the ball.

India will play their maiden such game when they host Bangladesh from Friday in the second Test in Kolkata and Tendulkar feels an assessment of what went right or wrong should be done once the match is completed.

“The whole thing is to bring in more people in the stadium adds a new element to Test cricket,” Tendulkar told PTI. “That is important but at the same time, I feel we should also evaluate after the game, how much dew was there and whether cricket — the standard of play — was compromised there.”

He continued, “I think there are two sides to it. One is to bring more spectators, but also at the same time, not compromising the standard of play. If the ball starts getting wet and if the game starts getting affected, then I think we need to sit back and decide what we want to do. If both these things come together then I think it’s a win-win story. But if there’s going to be some dew and if those elements don’t allow you to produce good cricket, then there could be a meeting where they can discuss and do a post-mortem on how the event was.”

The pink ball used for day-night Tests has been found to be more favourable to fast bowlers and to assist them, pitches for such contests are expected to be hard and green. How much impact will the spinners have is a hot topic of debate but Tendulkar differs.

“Generally, people feel spinners cannot do much on hard and grassy surfaces. But if you see, last year when India went to Australia, on the Perth pitch (new Stadium), which was helping pacers, Nathan Lyon did well,” he said.

The batting legend also had word of praise for Indian pace battery. “We’ve got got all three bowlers who are bowling 140kph. It’s not so often that we get to see all quicks bowling in 140kph and also bowling well. The seam position is really nice. And the areas that they are hitting consistently is very good,” he said.

Attributing their success to improved level of fitness, he said,”They have done a very good job. I think it’s lot to do with fitness. If you are fit, then you are able to bowl longer spells. I think what is happening is that most of the teams are not batting that long. I don’t think anyone has batted for a day and a half, right?” 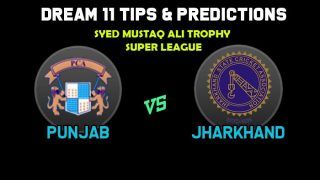 Virat Kohli Reminisces His Favourite ‘Childhood Memory’ in Instagram Story, Shows His Love For Test Cricket And Coffee Ahead of India vs Bangladesh Day-Night Match at Eden Gardens