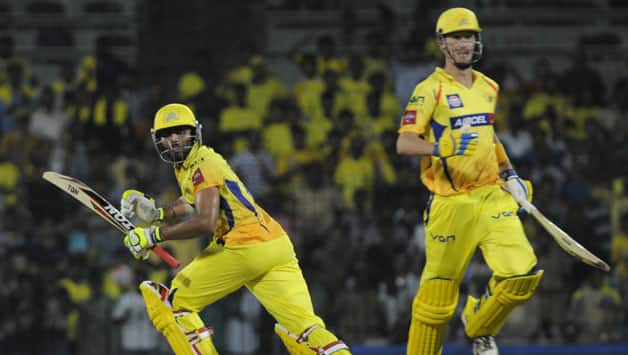 Mahela Jayawardene-led Delhi Daredevils would like to draw inspiration from their performance against the Royal Challengers Bangalore, and will aim to cross the finish line for the first time in this IPL 2013 in the tie against a misfiring Chennai Super Kings.

Delhi fought their way back in the tie against the Bangalore but lost the game in the Super Over. Bangalore’s victory seemed a foregone conclusion when Virat Kohli and AB de Villiers were flourishing but Delhi showed lot of character, clawing their way back to force a Super Over finish.

While Delhi have had a terrible run in the tournament so far, the Chennai Super Kings haven’t done well either. They have lost two games and won as many, but they seem far from the formidable side they are known to be.

The blunder to drop the in-form Michael Hussey and include Anirudha Srikkanth proved costly as the latter failed with the bat against Pune Warriors India. However, the main worry lies with the middle-order as Chennai batsmen need to get their act together to ensure their side doesn’t fall short.

The Super Kings have an impressive bowling attack, and the inclusion of South African Chris Morris has added more dimension to their bowling. Super Kings have bowlers who can not only take wickets at regular intervals but can also check the run flow.

The two-time IPL champions Chennai Super Kings will have to shake off the scratchy start they have made in the tournament and a comprehensive win will be on their mind when they will take on Delhi Daredevils, who are low on morale.