Mumbai Indians (MI) skipper Rohit Sharma on Thursday regretted at not capitalising on a good start provided by his openers as his team slumped to their fourth loss in the ongoing Indian Premier League (IPL) 2015.

Chasing a target of 191 runs, Parthiv Patel and West Indies batsman Lendl Simmons got the Mumbai side to a bit of a flyer as they were 35 for no loss after 4.1 overs. But after losing Simmons in the very next delivery the batting crumbled and they finished at 153 for 9 in 20 overs, losing by 37 runs at the Feroz Shah Kotla stadium. “Initially, Simmons and Parthiv got off to a good start, but we failed to capitalize on that,” Rohit said at the post-match presentation ceremony. DD vs MI, IPL 2015: Gary Kirsten believes IPL is intense, leaves him streached out

The skipper, however, credited the Daredevils for putting such a formidable total on the scoreboard. “I think they played really well right from the start. To come out and post a total like that on that wicket was just great. We shouldn’t have let them post that total, but we need to give them credit. They have a superb batting line-up and they batted to their strengths today. They bowled great line and lengths too,” he said. PHOTOS: Delhi Daredevils vs Mumbai Indians, IPL 2015 Match 21 at Delhi

“We have to look forward and we need to forget these losses as we head to Mumbai to face the Sunrisers [Hyderabad],” he concluded. Delhi Daredevils beat Mumbai Indians by 37 runs in IPL 2015 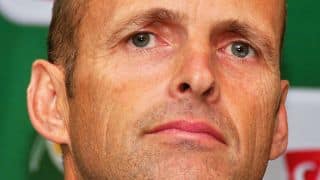 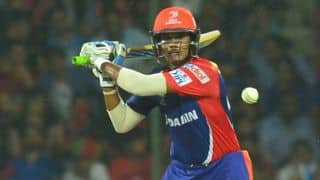