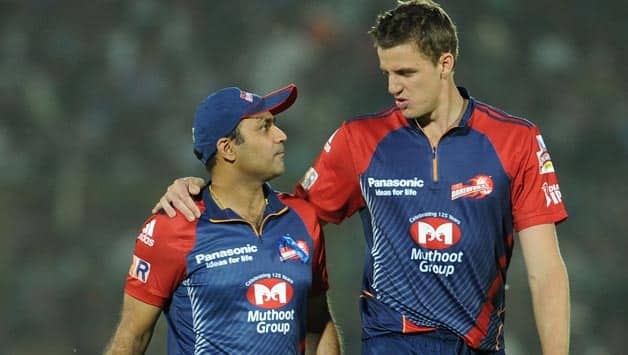 The Delhi side will be bolstered by Sehwag’s return to the side, after he missed the first three games due to injury.

Daredevils need to get off the mark in the tournament to get their campaign up and running before it gets too late.

When they take on the Sunrisers on Friday, their aim should be to restrict the Sunrisers’ batsmen from scoring freely. The Hyderabad side have some issues in their batting and Jayawardene will hope that the bowling unit comprising of Umesh Yadav, Irfan Pathan, Ashish Nehra, Morkel and spinner Shahbaz Nadeem can take full advantage of that.

As for the Sunrisers, they need to sort out their batting frailties at the earliest. Their biggest problem is the over reliance on the foreign players in the side. Despite a good start, the Sunrisers can be in for a rude shock if they do not mend their ways at the top of the order. This game is a good opportunity for them to try a few new combinations at the top and see what works for them rather than persisting with Akshath Reddy and Parthiv Patel at the top, who have failed to score at a quick pace early on.