The functioning of the DDCA, like a majority of the state units affiliated to the BCCI, has never appeared clean or transparent.

The functioning of the Delhi and District Cricket Association (DDCA), like a majority of the state units affiliated to the Indian cricket board (BCCI), has never appeared clean or transparent. Also the selection of its teams, particularly at the age-group level, is scandalous – to put it mildly. Again, like all sports bodies in the country, it tries to brazen it out with political patronage. The DDCA has always been in the media glare, more so during the cricket season, and before and after every international match there will be a plethora of allegations and accusations. Customarily, the government agencies used to arm-twist the association before an international game to extract as many complimentary tickets as possible, by threatening to disrupt power and water supplies. DDCA Corruption Row: Is Arun Jaitley vs Kirti Azad a crisis for BJP?

Now, for the first time, the issue has political contours. Interestingly, what started as an intra-party squabble between two Bharatiya Janata Party (BJP) MPs of the ruling party when they were in the Opposition, has now acquired serious dimensions with the other political parties jumping into the fray. The tragedy with the DDCA is it is in the national capital and from time to time its warring factions have access to the so-called national media to go to town. Sunday’s media conference of Kirti Azad, the principal adversary of the ruling clique in the DDCA, attracted so much of advertising component that some channels had a frequent breaks, skipping important portions of the narrative. Kirti Azad challenges Arun Jaitley in DDCA corruption row

Some see the whole controversy as the positive offshoot of the row between the Centre and the Delhi state over the raids by the Central Bureau of Investigation on the office a key bureaucrat attached to Arvind Kejriwal. There is, otherwise, nothing new about the DDCA shenanigans like proxy wars, cutting corners in financial management, fights with the owners of the land in which the stadium today stands, the Union Urban Development Ministry, on illegal construction or operating the facility without a completion certificate.

Amidst all this, cricket is the casualty, notwithstanding the strong support extended by stars of Delhi cricket Virender Sehwag, Gautam Gambihr and Ishant Sharma to beleaguered Finance Minister Arun Jaitley when his opponents allege the irregularities occurred his stint as DDCA chief. It has also been reported that India captain Virat Kohli also lent his backing. If Sehwag talked of how Jaitley solved genuine cricket issues, particularly in matters of selection, Gambhir was forthright in ticking-off some senior cricketers, saying they all enjoyed plum positions and assignments under the same presidentÂ’s dispensation.

The fight between Jaitley and Azad is not entirely political – the genesis of it is purely personal. In Azad’s case, he nurses a grouse that Jaitley tried to undermine his position in the capital and apparently feels the senior leader did not help him in getting a safe Delhi parliamentary constituency despite living in the city from his childhood and cultivating the voters by contesting the assembly elections. Azad also is believed unhappy the way his wife was treated politically. While, Jaitley disassociated himself from the happenings after he quit as president in 2013, he is straightaway suing Kejriwal and his high-profile Aam Admi Party (AAP) spokesmen for defamation without seeking an apology. Azad taunted the finance minister to sue him too.

Then there is a jurisdictional issue, with the union home minister questioning the Kejriwal government setting up a three-man commission to go into the charges against DDCA. It is going to end up in court battles, legal luminaries lining up from both sides. Jaitley’s opponents claim that much of the bungling happened during his regime (1999-2013) when the stadium was constructed. Without naming him, Jaitley blamed Azad meeting Congress president Sonia Gandhi and engineering an inquiry into the charges by the Serious Fraud Investigation Office of the Company Law Board. The inquiry has exonerated Jaitley of any wrongdoing, saying he was a non-executive chairman without involvement in day-to-day affairs of the company, though it has found technical irregularities in the running of the DDCA.

Azad’s reply is that he has personal contacts with Congress leaders as his father was a Congress minister at the Centre and also chief minister of Bihar! To rub it in, Azad said Jaitley, too, has close links with some Congress leaders, though he did not mention their names and their connections in the cricket board. Azad pre-empted Jaitley from saying that he was not aware of the misdeeds of his colleagues by stating that he had sent 200 letters and some 500 messages to him on the happenings in the association.

Though Jaitley has dismissed the allegations, including the one involving his family members, he has to come out a little more in explaining threadbare the expenses of the stadium construction since he has admitted some irregularities/non-compliance or technical violations – but not fraud. No stadium in the country can escape allegations of misappropriation and charges of embezzlement. Even the one constructed under the supervision of the board secretary in Dharmasala has come under the scanner by the Congress government in Himachal Pradesh. In some associations, the officials quietly exited after the construction of the stadium and in some other their political masters are protecting the office-bearers.

The DDCA is a snake pit and to add its problems, it has created a Frankenstein called the Sports Committee which controls cricket in the city like a mafia and which sells and buys clubs at an astronomical prices – some of them only on paper with voting rights. The committee was originally formed to run the league, but it now has a major say in the matter of selection. That is ruining Delhi cricket, making the DDCA a place of chaotic disorder and lawlessness. 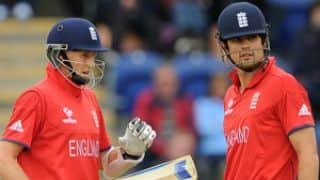 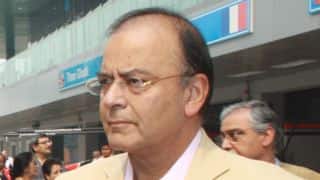