DDCA to recieve Rs 2.8 crore from BCCI for hosting 2nd Test between India and South Africa

DDCA to recieve Rs 2.8 crore from BCCI for hosting 2nd Test between India and South Africa

DDCA may be entitled to an estimated Rs 2.8 crore as additional payment from BCCI for hosting the match at Ferozshah Kotla stadium.

New Delhi: Justice (Retd) Mukul Mudgal, appointed observer for the recent India–South Africa test, told Delhi High Court that DDCA may be entitled to an estimated Rs 2.8 crore as additional payment from BCCI for hosting the match at Ferozshah Kotla stadium in 2015. Apart from the amount, the Delhi and District Cricket Association (DDCA) would also be entitled to media rights shares for the test from BCCI, which will have to quantify the same, Justice Mudgal has said in a supplementary report submitted in the high court. The report, which was placed before a bench of justices S Muralidhar and Vibhu Bakhru, has stated that the estimation of Rs 2.8 crore for the test in December 2015 was arrived at on the basis of the Rs 2.5 crore received by DDCA from BCCI for hosting the 2013 India-Australia test at the same stadium.

It has said that the accurate amount would be arrived at only after BCCI holds its annual general body meeting. The report filed through advocate Nitin Mishra was taken on record by the court which listed the matter on February 22, when another report would be filed with regard to status of permissions obtained by DDCA to hold matches at the stadium. The high court on November 18, 2015, while allowing DDCA to hold the India-South Africa test, had directed it to obtain all clearances from local authorities by March 31 this year.

In his supplementary report, Justice Mudgal has also given recommendations on how the 10,000 complimentary passes ought to be distributed as well as how the association can fetch more revenue by giving corporate boxes, numbering around 40, for a long term of 10 years. The report states that in the past the boxes were “given on long term for 10 years along with the rights of naming of end, hills, stands and pavilions fetching DDCA an income of approximately Rs 35 crore for 10 matches”.

“DDCA should immediately ensure that a long term arrangement for at least another 10 years is arrived at for the same by floating a tender urgently as this would fetch considerable revenue surplus for DDCA and augment its financial strength,” it has said. The report also contains a blueprint which lays down various responsibilities like setting up a supervisory committee for obtaining permissions and making sub-committees to take care of tendering, ticketing and security functions, as well as maintaining provisional accounts.

The blueprint also specifies the timelines within which the various functions are to be performed by the DDCA members. “If the above template [blueprint] is followed by DDCA, there is no reason why future matches cannot be conducted capably and profitably. Of course this would depend on choosing of conscientious personnel for DDCA,” Justice Mudgal had said in his supplementary report.

In a 27-page earlier report, Justice Mudgal had pointed out several deficiencies in the working of DDCA and said it was a matter of concern that no tangible action appeared to have been taken to set them right. He had also said that an internal audit of DDCA had shown shortcomings and financial irregularities. The report had stated that deficiencies were found in tendering system, record keeping, delay in payment of bills, allotment of corporate boxes and naming of pavilions and stands, finance, defunct sub-committees, ticketing, broadcasting, media and permissions.

The main issue dates back to 2011 when DDCA filed a plea against a property tax assessment made by the MCD with regard to the stadium. The matter is still pending in the high court. Thereafter, prior to holding a match at the stadium, DDCA would move an application for provisional occupancy certificate as it did not have a completion certificate from MCD, for which an updated property tax return is also required besides no objection certificates from various agencies. As per SDMC there was no provision under the law to issue a provisional occupancy certificate. 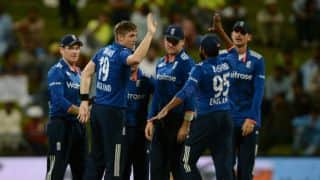 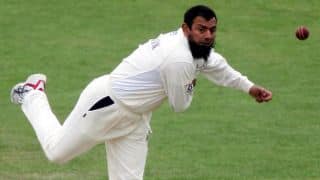 Saqlain Mushtaq: Fans enjoying bowling from me and Muttiah Muralitharan in MCL