Former India pacer Debasish Mohanty has been inducted into the national junior selection panel which oversees selection for the India U-19 squad and other junior cricket grades in India. This comes in line with the Supreme Court directive passed on August 9 which called for a five-member selection panel instead of the existing three at the national level across grades.

The Committee of Administrators chief Vinod Rai confirmed the development to PTI. “We have appointed Debashish Mohanty as the fifth member of the junior selection panel. Since SC order states that it needs to be five-member panel, we had given the names to Cricket Advisory Committee,” Rai said today.

“However Sachin (Tendulkar), Sourav (Ganguly) and VVS Laxman all declined as they had their own reasons. So among the list of names available we saw Debashish had the maximum international experience. So he has been appointed,” Rai informed. “Ashish Kapoor had comeback earlier. And Amit Sharma has also made a comeback to the panel. Since one vacancy was still left after Venkatesh Prasad’s resignation, we needed to fill it up at earliest,” he added.

Tendulkar declined to take a call on this matter on principle as his son Arjun is a contender for junior India selection while Ganguly is the CAB president and Laxman is a mentor with IPL franchise Sunrisers Hyderabad.

The new selection committee will select the junior side for a Quadrangular tournament in Kolkata from September 9 followed by U19 Asia Cup in Dhaka from September 27. “The ACC norms state that U19 Asia Cup squad has to be announced a month earlier. So we needed to get the panel ready,” Rai said. 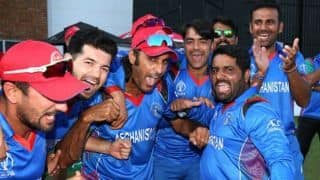